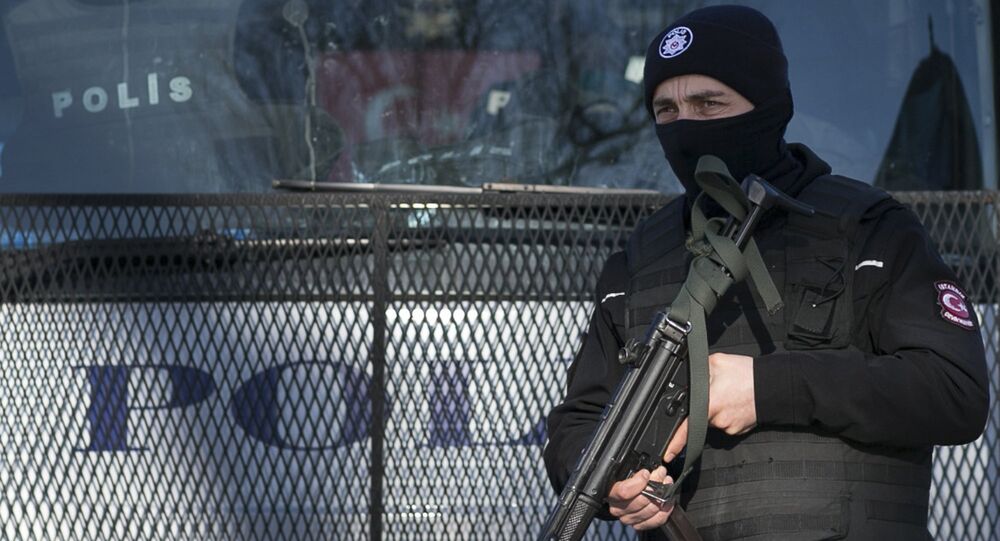 A total of 55 military pilots were accused of violating the Turkey’s Constitution, treason, and membership in Gulen's movement, outlawed in Turkey, 35 of pilots were detained, according to local media.

MOSCOW (Sputnik) — The Turkish police arrested 35 military pilots suspected of having links with the movement of dissident Islamic preacher Fethullah Gulen, who is believed by Ankara to be the mastermind behind a recent failed coup attempt in the country, media reported on Wednesday, citing security sources.

According to Anadolu news agency, a total of 55 military pilots were accused of violating the country’s Constitution, treason, and membership in Gulen's movement, outlawed in Turkey. The operation to arrest 20 suspects that have not been apprehended so far, is carried out across the country.

© AP Photo / Chris Post
Alleged Plotters of Failed Turkish Coup Visited US Ahead of Mutiny to Meet Gulen
On July 15, a military coup attempt took place in Turkey. It was suppressed the following day. Over 240 people were killed during the coup attempt and an estimated 2,000 were wounded.

Ankara has accused Gulen, who has been living in the US state of Pennsylvania since 1999, and his followers of playing a key role in the coup. Gulen himself has denounced the rebellion and declared his innocence.