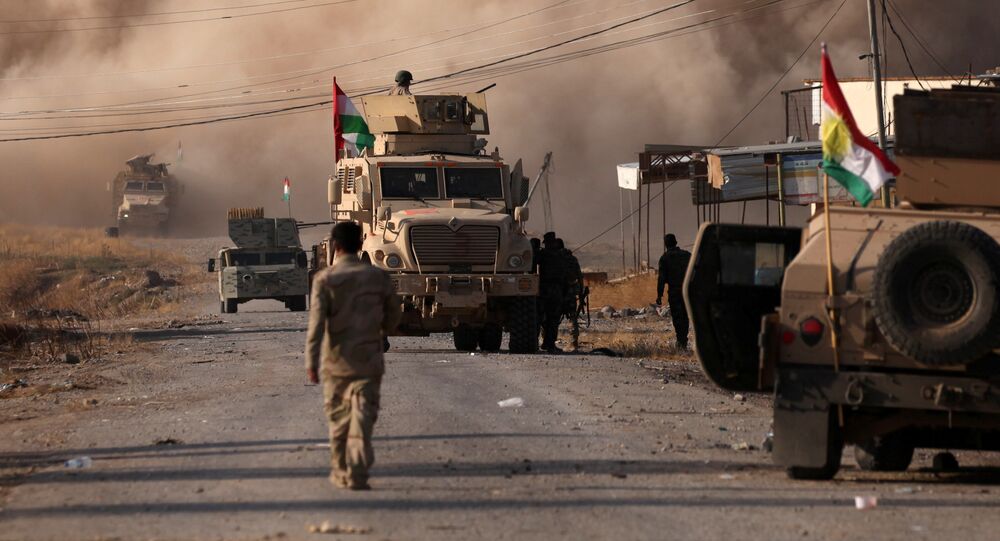 The Kurdish Peshmerga forces liberated the town of Bashiqa near Mosul in northern Iraq from Daesh militants; the operation was supported by the US-led coalition's air strikes on Daesh.

The Peshmerga forces managed to drive the terrorists out of Bashiqa after shelling their positions with MILAN portable, medium-range anti-tank missile systems, tanks and other heavy equipment.

The liberation of Bashiqa, part of the large-scale military operation against Daesh in Mosul, was supported by US-led coalition air strikes on the terrorists.

© Sputnik / HİKMET DURGUN
The town of Bashiqa liberated from Daesh

In an interview with Sputnik Turkey, Behcet Salar, commander of a Peshmerga unit at the Bashiqa front, said that at least 20 Daesh terrorists were killed in the Bashiqa operation that was conducted on Monday.

When retreating, the jihadists staged about ten car bomb attacks. Fortunately, there were no losses reported among Peshmerga forces, according to Salar.

The civilian population left the town eight days ago, when the Peshmerga fighters encircled Bashiqa.

As a result of the heavy fighting between Daesh and Peshmerga, most residential houses were destroyed in the town.

Right now, work is under way to neutralize the mines and traps laid by jihadists, as well as explore the underground tunnels dug by the terrorists in Bashiqa.

On October 17, Iraqi Prime Minister Haider Abadi announced the start of a military operation to recapture Mosul from the internationally-outlawed terrorist organization Daesh.

Mosul Offensive: US Drops One Bomb Every Eight Minutes