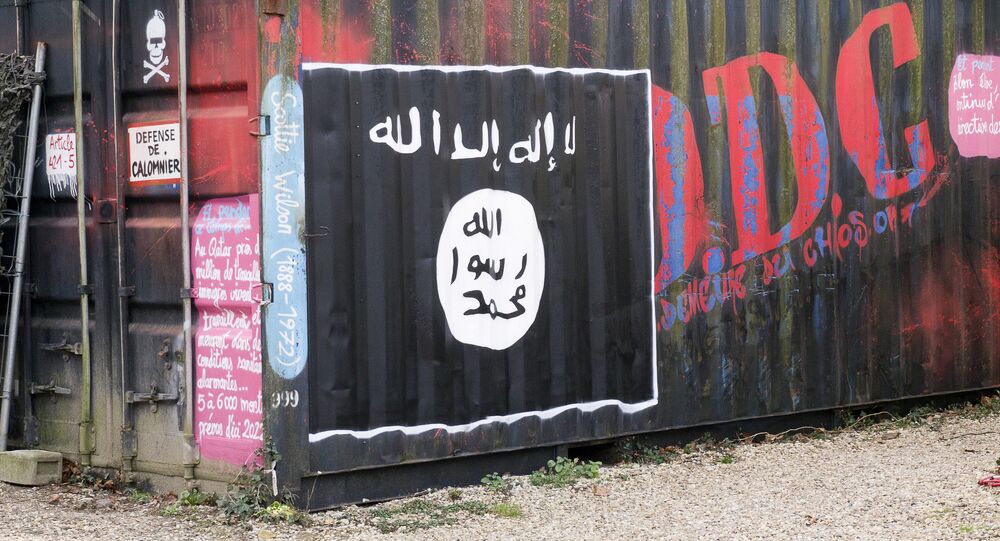 The Iraqi Armed Forces have found some documents in the region al- Rutbah that suggest that Daesh imprisoned two teenagers and put them into prison for joking and dancing.

A Sputnik Arabic correspondent managed to take photos of the discovered documents in the south-west of the country near the Jordanian border.

The first document is about a teenager named Gidan, born in 2000. He was serving in Daesh’s ranks and his nickname was “Abu Al-Baraa.”

According to the document he was imprisoned on charges of failing to appear for a combat mission.

In addition, the teenager was charged with “excessive liveliness” and humor!

His fate is currently unknown, as Daesh’s prison in al- Rutbah is now empty, following the liberation of the town from jihadists by Iraqi forces.

The second paper reports on the imprisonment of another 16-year-old named Abdel Khamid whose nickname is Abi Bakr.

He was also charged with failure to appear for a combat missions organized by Daesh. The second reason for his imprisonment was dancing in the ranks of the terrorists.

The documents did not specify how and under what circumstances, the teenager managed to “offend” Daesh’s ringleaders with his dancing. The document's author just wrote in his comments that Abi Bakr had immoral behavior.

The operation to retake Mosul from Daesh terrorists started on October 17. The offensive has already resulted in the liberation of large territories and prompted many terrorists to flee Iraq.

Going for Raqqa: This is What US Would Do to Take Over Daesh Capital