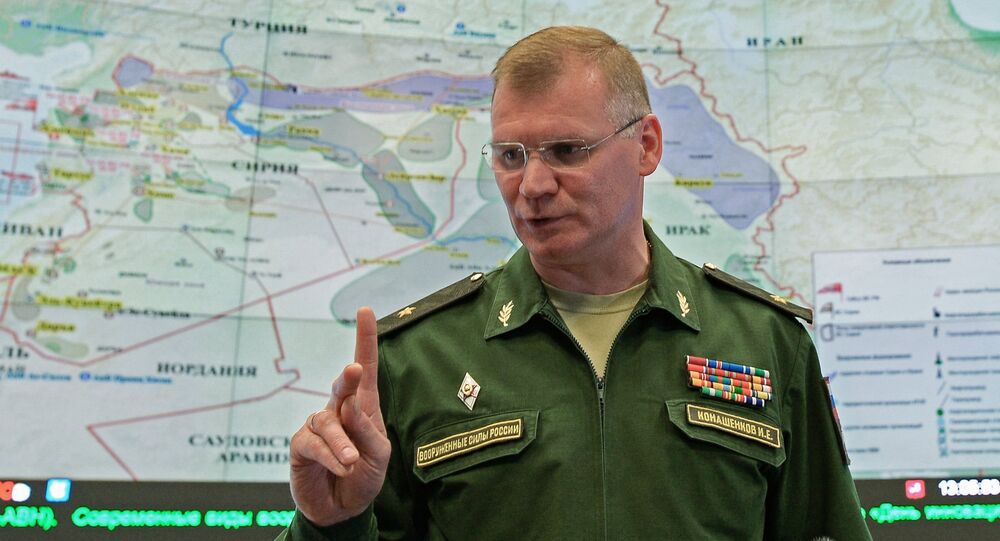 Accusations that Russia was behind the attack on a school in Syria's Idlib province recently made by Human Rights Watch are simply another information attack, Russian Defense Ministry spokesman Maj. Gen. Igor Konashenkov said Monday.

© AFP 2021 / Omar haj kadour
Moscow, Damascus Not Involved in Attack on School in Idlib - Assad's Aide
MOSCOW (Sputnik) — On October 26, as many as 22 children and six teachers were killed in an attack on a school compound in Idlib, according to the United Nations Children's Fund (UNICEF). On Sunday, Human Rights Watch published a statement accusing Russia and Syria of "war crimes" based on the testimony of alleged witnesses of the incident.

"Publication of yet another 'war crime' accusations by Human Rights Watch after more than a week, when some phone 'interviews' of seven aggrieved people are provided as new 'evidences' do not stand up to any scrutiny and is yet another information attack," Konashenkov said.

He added that the Russian Ministry had already published evidences that the school's buildings had not been bombed.

According to the Russian official the area where the school is situated has been occupied by terrorists from the Jabhat Fateh al-Sham group, formerly al-Nusra Front, which is outlawed in Russia, and only "liars" or "crazy people" could say that the jihadists would allow secular schools to continue their activities.