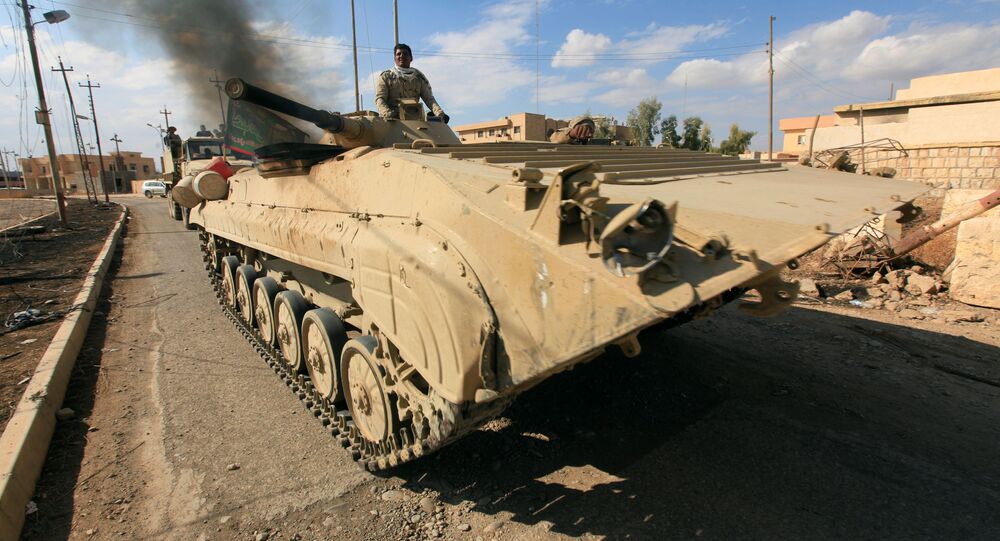 An Irish jihadist known as Khalid Kelly has blown himself up in a suicide attack as Daesh defends its stronghold in Mosul, Iraq.

Abu Usama Al-Irlandi, born Terence Edward Kelly and raised in Dublin, appears to have died for the cause in a vehicle-borne improvised explosive device, the Irish Independent reports. Images of Kelly posing in front of such a vehicle and holding a Kalashnikov rifle have been circulated on social media and on Daesh media outlet Al-Jazirah.

Daesh are known to use "suicide vehicles" armored with steel plates to help drivers get close to enemy positions despite coming under fire. It is not known who specifically was targeted in this suicide attack: Daesh has coordinated dozens of such attacks as Iraqi and coalition forces penetrate deeper into Mosul, the city they have held for two years and their last foothold in Iraq.

The SITE Intelligence Group, which monitors Islamist media, said Daesh had issued a statement saying Kelly had killed and wounded dozens by detonating the vehicle.

Kelly, who according to the Independent was 49, converted to Islam while imprisoned in Saudi Arabia for illegally making alcohol. The father of three had been working in the country as a nurse, the Guardian reported. When his jail term was finished and he was deported back to the UK in 2000, he joined the now-banned group al-Muhajirou, rising to become head of its Irish branch and becoming a very public mouthpiece for extremism.

Kelly went to Pakistan for military training, according to the Guardian report, and joined Daesh in 2015 after proclaiming support for the group for years.

At the end of 2015, the strategic security intelligence service organization The Soufan Group estimated that 30 Irish nationals had traveled to join extremist groups in Iraq and Syria; an April 2016 report by the International Center for Counter-Terrorism (ICCT) based in the Hague estimated that around 4,000 individuals from the EU had joined Daesh as foreign fighters.

In addition to suicide car bombers, there are reports that the city has been booby-trapped, tunneled under and heavily mined. The extremists are also using civilians as human shields, and have been driving those on the city’s outskirts into the town center as the battle draws nearer.