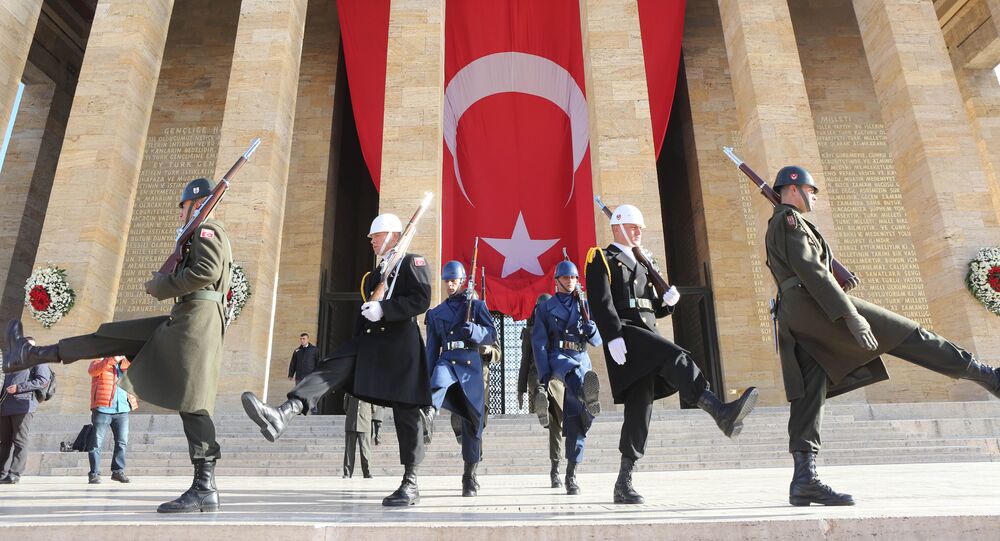 A court in Turkey ordered on Friday the arrest of eight lawmakers from the pro-Kurdish Peoples’ Democratic Party over alleged links to the Kurdistan Workers’ Party, outlawed by Ankara. In an interview with Radio Sputnik Professor Ali Kemal Özcan from the University of Munzur, said this would seriously sour Ankara’s relations with Brussels.

© Flickr / jo.schz
Detention of Pro-Kurdish MPs 'Calls Into Question' Future of Turkey-EU Ties – EU Parliament
Turkish Prime Minister Binali Yildirim defended the actions of the Turkish police as perfectly legal, since the lawmakers had refused to give testimony in a terrorism-related investigation.

“On paper it looks legal of course, because they were summoned to the court but they did not attend, so the government seems to be right in terms of law and regulations,” Ali Kemal Özcan said.

When asked about the impact these arrests could have on relations between Turkey and the EU, and whether President Erdogan’s actions were pushing the country towards a more authoritarian future, Professor Özcan said that authoritarianism is a traditional thing for the Middle East and ‘is not particularly something that has to do with Erdogan.’

“The conflict is not about Erdogan’s authoritarianism, it is the contradiction between Turkey’s policy towards the Middle East and the United States’ policy towards the Middle East. There is a serious contradiction between Turkey and the West, particularly the US in the approach to the PYD (left-wing Kurdish Democratic Union Party] and the PKK (Kurdistan Workers’ Party). So the real contradiction is not Erdogan’s authoritarianism but the clear difference between the United States’ and Turkey’s policy concerning the PKK.”

When asked if he believed that the refugee deal [between Turkey and the EU] was going to be implemented in light of the current relations between President Erdogan and the European Union, Professor Özcan said that this would be another negative factor in relations between Ankara and Brussels in addition to Ankara’s opposition to the Kurds’ role in the operation to liberate Mosul in Iraq.

© REUTERS / Vincent Kessler
Turkey Piles Pressure on EU Over Migrant Deal as October Deadline Passes
Meanwhile, the EU’s foreign policy chief Federica Mogherini has called  for a meeting of EU ambassadors to be held in Ankara in connection with the detention of lawmakers in Turkey.

The German Foreign Ministry summoned Turkey’s envoy to discuss the development, calling on Ankara to give the arrested MPs a fair trial.

The UN also stepped in by questioning whether Ankara has crossed the limits under the emergency state following the failed coup.

In May, the Turkish parliament voted to strip lawmakers of parliamentary immunity. Pro-Kurdish members of parliament said the law specifically targeted them because of their political views and would lead to deprivation of immunity and prosecution on alleged links to PKK outlawed in Turkey.