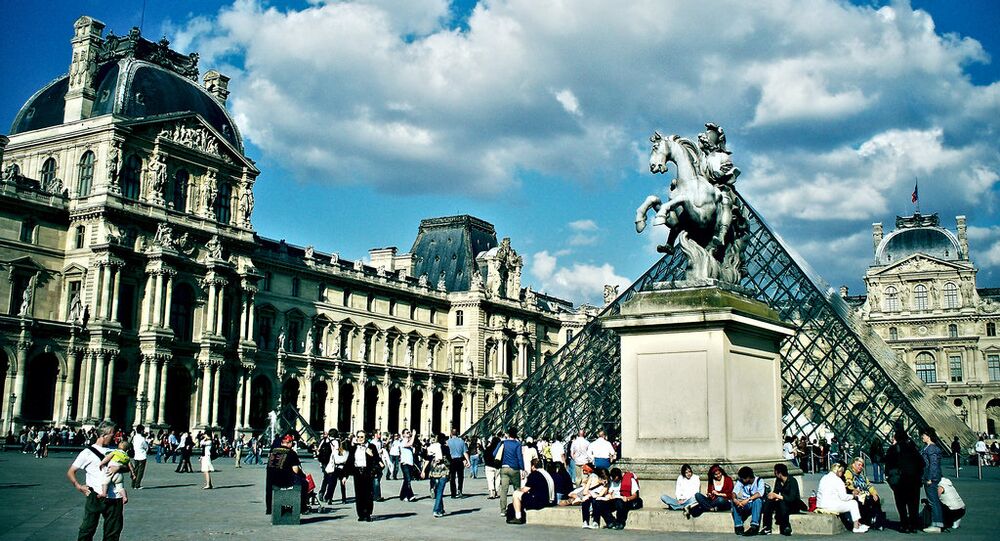 In an exclusive interview with Sputnik Arabic, Al-Khadisi said that it is difficult now to determine the position of the Iraqi government on that issue, because the proposal has been received recently and now it is being reviewed by the National Committee for Tourism and the Ministry of Culture, which are in charge of preserving the country’s historical and cultural heritage.

He specified that consideration of Hollande’s proposal is going to take a long time, because it refers to handing over to France irreplaceable treasures. This automatically raises the question of transfer risks and retrieval guarantees.

Ali Al-Akhmad, Adviser to the Syrian Minister of Information, in his turn told Sputnik Arabic that Francois Hollande’s proposition is nothing but a bid to plunder the country
“The West is accustomed to cashing in on its supposedly good intentions. They are also playing the card of human rights and the fight against weapons of mass destruction. But often their words run counter to reality,” —  Al-Akhmad said.

According to him, Western countries should stop focusing on the conservation of treasures in war time, but about how to end the war.

“If the West is so committed to its conservation of cultural heritage, they should stop supporting Daesh and Al-Nusra, they should fight the smuggle of stolen historical treasures and establish security and stability within Arab countries.”

Al-Akhmad added that the West should also return to Arab countries those archeological artefacts which have been send over to European museums during colonial periods in Egypt, Syria and Iraq.