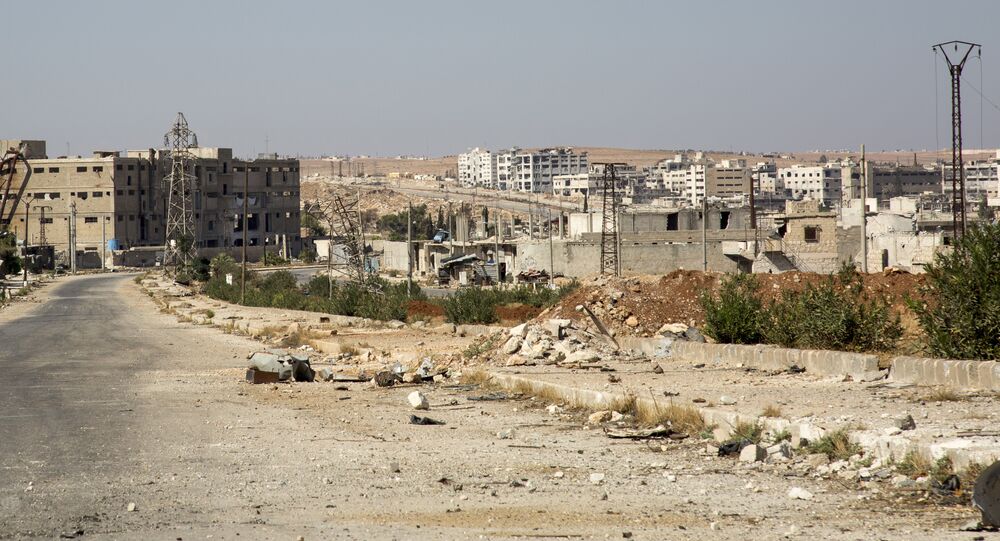 Russian military experts have arrived in the Syrian city of Aleppo to take samples in the area where chemical weapons were used by militants.

MOSCOW (Sputnik) – Russian military experts have arrived in the Syrian city of Aleppo to take samples in the area where chemical weapons were used by militants, spokesperson of the Russian Defense Ministry Maj. Gen. Igor Konashenkov said.

"Militants who have been striving in the past days to break though the Syrian Army’s exterior defense ring of Aleppo at any cost, have used toxic substances multiple times," Konashenkov said on Thursday.

On October 30, terrorists shelled Hamdaniya, Dahiyat Al-Assad neighborhoods of western Aleppo using homemade shells with chemical substances. As a result, at least 35 people were poisoned, many of them were hospitalized.

"Experts of the Russian Defense Ministry are equipped with all the necessary technical means of carrying out an express analysis, filtering and delivering samples to the Russian Federation," Konashenkov stressed on Thursday.

© AFP 2021 / GEORGE OURFALIAN
The Fall of Eastern Aleppo: Why We May See Washington’s 'Plan B' in Syria
The samples will be studied at the laboratory of the scientific center of the Russian Troops of Radiological, Chemical and Biological Defence (RChBD), Konashenkov said. The laboratory is accredited by the Organization for the Prohibition of Chemical Weapons (OPCW).

According to the Russian Defense Ministry spokesman, there are only 19 such laboratories in the world, two of them in Russia.

In April and May shells with suffocating gas were dropped on the Kurdish neighborhood of Sheikh Maqsoud in Aleppo. The responsibility for the use of prohibited weapons was taken by the armed group Jaish al-Islam.

Numerous armed groups, including terrorists such as Islamic State (ISIL, also known as Daesh), as well as opposition factions, have been fighting in the Syrian civil war against forces loyal to Syrian President Bashar Assad.

Why Does Media Cover Up War Crimes of 'Rebels' in Aleppo?