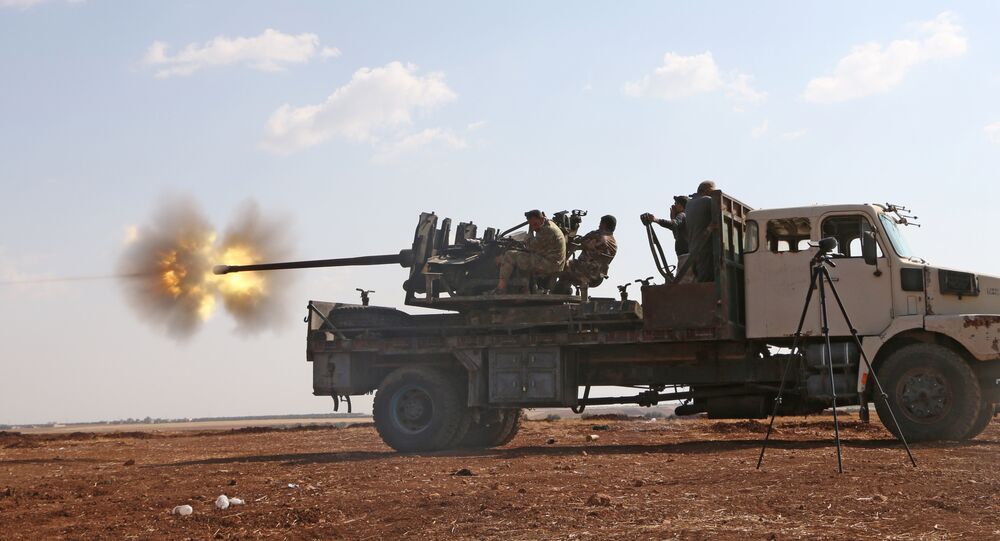 The Daesh armed groups were pushed from the northern region of Syria’s Aleppo by the Free Syrian Army, according to the statement of the FSA command.

“The IS armed groups took advantage of a cloudy weather and the absence of aviation in order to slip into the neighborhood of the Akhtarin town north of Aleppo. However, the FSA managed to chase them away by destroying a part of manpower in violent clashes,” the FSA commander said as quoted by the Al-Wasat newspaper.

© AP Photo / Mursel Coban, Depo Photos
Daesh Launches Offensive on Kurds in Aleppo After Alleged Coalition Airstrike
The so-called Arab Spring protests in Syria that took place in 2011 resulted in clashes between the government forces and opposition. Since then, the Middle Eastern country has been mired in a war between authorities in Damascus, numerous opposition factions, as well as terrorist groups, including the Daesh and Jabhat Fatah al Sham, which are prohibited in many countries, including Russia.

Fighting in Aleppo escalated in the past days after militants in the eastern neighborhoods announced an offensive and fired missiles on the government-held western part of the city.