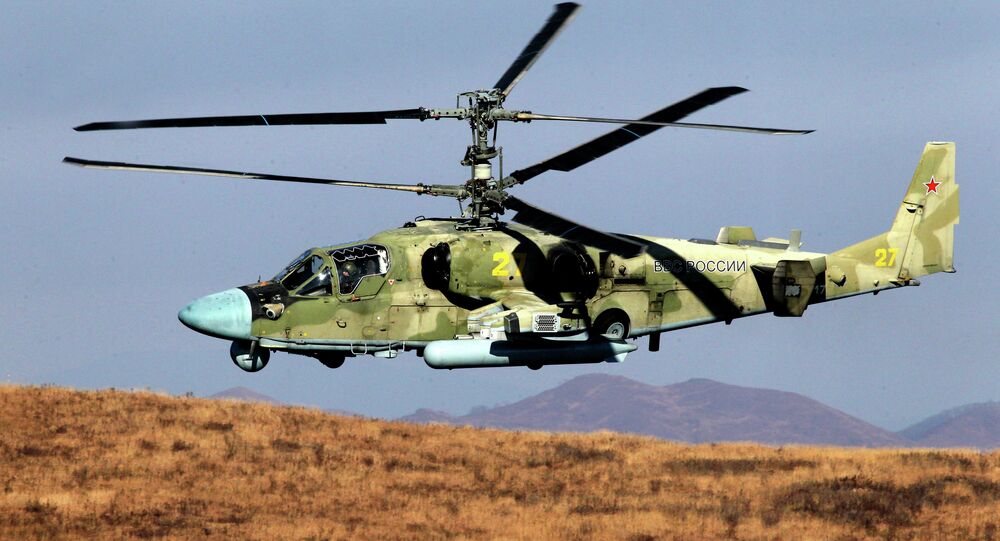 MOSCOW (Sputnik) — Russian state arms exporter Rosoboronexport on Wednesday said it plans showcasing over 200 pieces of military equipment at the upcoming Indo Defence 2016 International Forum due to be held in the Indonesian capital Jakarta on November 2-5.

"Rosoboronexport will present 225 pieces of weaponry and military equipment for all types of armed forces at the Indo Defence 2016 international exhibition… Rosoboronexport is organizing the Russian exhibit that will occupy nine stalls belonging to the country's leading military-industrial enterprises," the exporter said.

The exporter added that it considered a range of other military hardware to have major potential in the region. Evenе participants are expected to show interest in Kalibr Club-S and Club-N missiles, as well as Beriev Be-200 multirole amphibious aircraft, which was used in 2015 to extinguish wildfires on the Indonesian island of Sumatra. Land forces representatives are expected to show interest in T-72 and T-90 tanks, as well as BTR-80A and BTR-82A armored personnel carriers and BMP-3 infantry fighting vehicles.

© Flickr / Pavel Vanka
Russia, China Sign Contract on Delivery of Be-200 Amphibious Aircraft
A number of aircraft, including fighter-bombers, multirole fighters, advanced trainers, strategic airlifters and various Mil helicopters are also considered of interest to regional air forces, according to the statement.

The Indo Defence 2016 International Forum is one of Southeast Asia's biggest defense industry events and will be attended by over 25,000 delegates representing over 750 companies from 55 countries, according to the organizers.