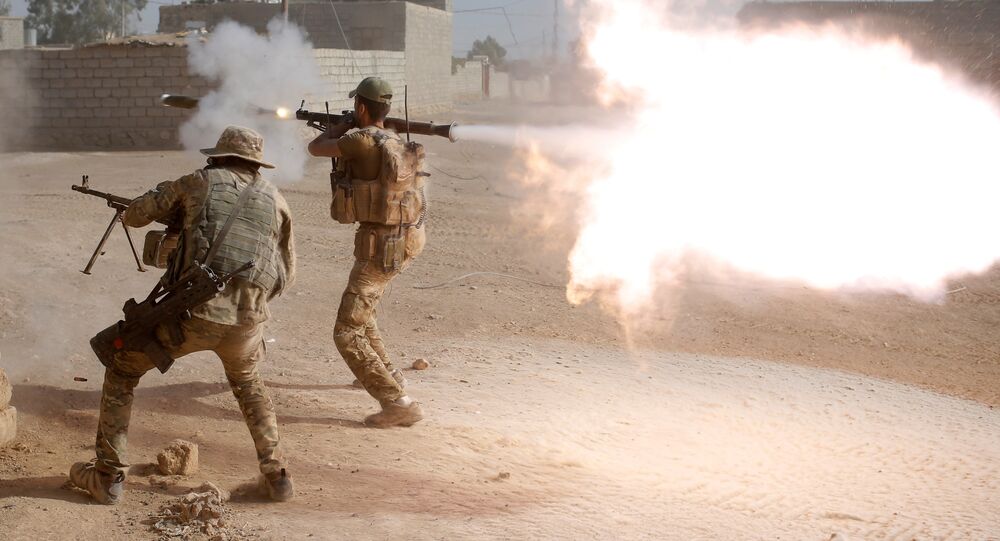 The chief of staff to Iraqi Kurdistan’s President said that leader of Daesh Abu Bakr Baghdadi is still hiding in the northern Iraqi city of Mosul.

“Baghdadi is there and, if he is killed, it will mean the collapse of the whole [Daesh] system,” Hussein told the Independent media outlet on Tuesday citing Iraqi government sources.

© REUTERS / Stringer
Over 480 Daesh Militants Killed in Mosul Operation in Past Few Days
He noted that after Baghdadi’s death Daesh terrorists would have to choose a new leader amid the ongoing battle for Mosul but any new leader would not have authority and prestige of Baghdadi.

Hussein also said that the presence of Baghdadi in Mosul would complicate the operation aimed at liberation of the city as Daesh terrorists would fight to death to defend their leader.

“It is obvious that they will lose, but not how long this will take to happen,” he added.

The operation to retake Mosul from Daesh, a jihadist group outlawed in a large number of countries, has been ongoing since October 17. More than 30,000 Iraqi and 4,000 Kurdish fighters are taking part in the offensive supported by US-led coalition airstrikes. Mosul has been occupied by Daesh since 2014.