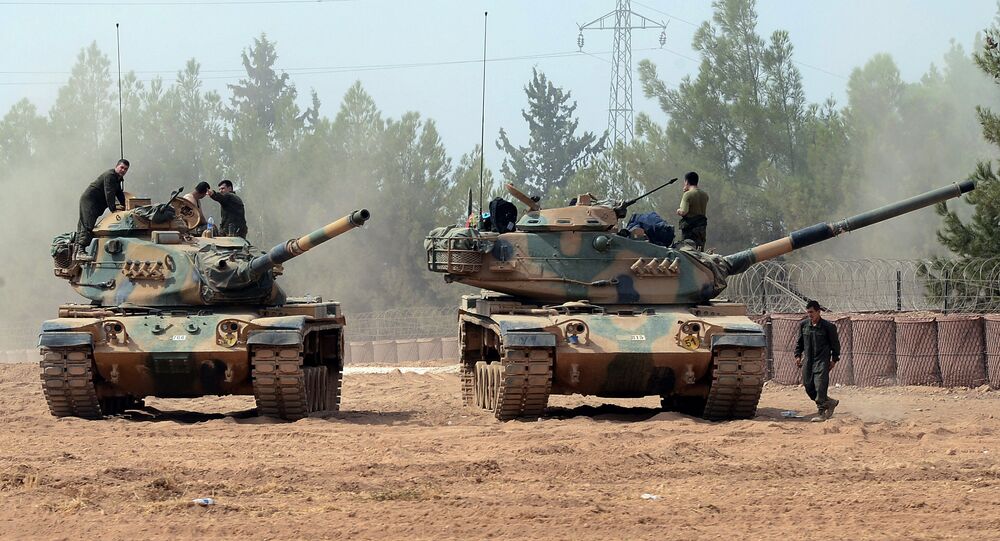 Ankara has deployed numerous tanks and military hardware close to the border with Iraq, according to the CNNTurk.

The unspecified number of tanks and armored vehicles headed from central Turkey to the districts of Silopi and Sirnak in the Sirnak province, according to the CNNTurk and NTV broadcasters.

On December 4, Turkey deployed about 150 troops and 25 tanks to northern Iraq reportedly to help national forces to reclaim the city of Mosul from Daesh jihadists, prohibited in Russia and many other countries.

© REUTERS / Kenan Gurbuz
Ankara Will Not Abandon Its 'Brothers Turkmens' in Iraq if They Are in Danger
Following the deployment, Iraqi Prime Minister Haider Abadi demanded the withdrawal of the Turkish troops sent into the Bashiqa camp without Baghdad's approval.

On October 17, Iraqi Prime Minister Haider Abadi announced the start of a military operation to recapture Mosul from Daesh, outlawed in Russia, with the help of airstrikes by the US-led international coalition. According to local media, about 30,000 Iraqi soldiers and 4,000 Kurdish Peshmerga fighters are taking part in the operation. Ankara has voiced its intention to participate.