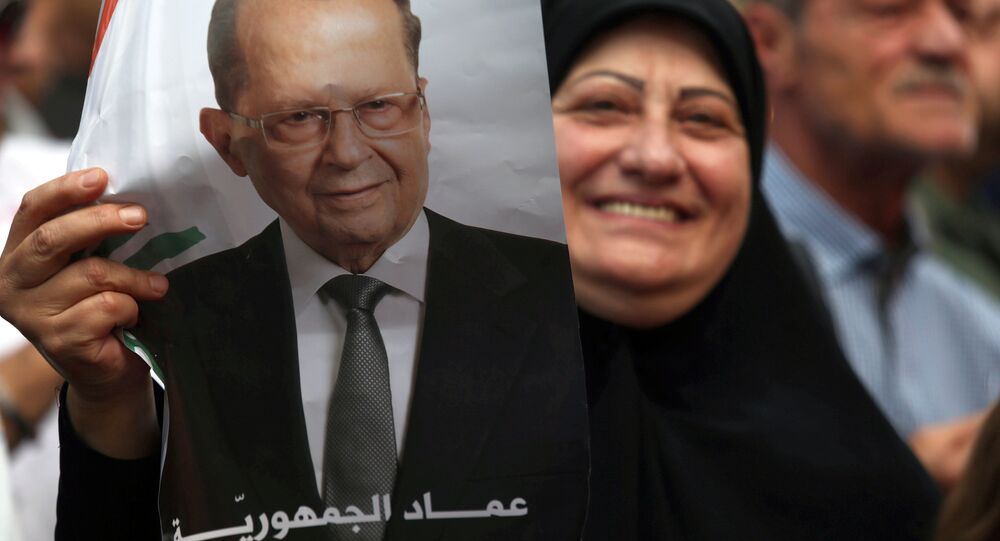 Lebanon Opens 'Good Chapter' by Electing General Aoun, But More Should Be Done

Gen. Michel Aoun's October 31 election as Lebanon's new president is a good beginning, but "the devil is in the details," Kamel Wazne, political analyst and founder of the Center of American Strategic Studies in Beirut, told Sputnik.

© Sputnik /
Barren Beirut: Sectarian Violence Has Made Lebanon's Capital a Ghost Town (PHOTOS)
In an interview with Sputnik, Kamel Wazne, political analyst and founder of the Center of American Strategic Studies in Beirut, praised Lebanon's election of General Aoun as its new president but said that "the devil is in the details."

The interview came after Lebanese lawmakers voted for General Michel Aoun to become the country's new president on Monday, ending a political stalemate that has lasted more than two years.

During his oath, General Aoun pledged to fight terrorism and prevent "regional fires" from spreading to Lebanon.

Speaking to Sputnik, Kamel Wazne applauded the MPs' decision to say yes to Aoun's nomination, which he described as "a new chapter that should be completed."

"We have to wait and see because this could be a good chapter for Lebanon to resolve its many pressing political issues," Wazne said, adding at the same time that "the devil is in the details to come."

He said that high on the agenda should be the formation of a new government in Lebanon in the next six months, which he called "an important step."

"It was very difficult to elect the new president [of Lebanon] and the next step will be as hard as the previous one," Wazne said referring to the formation of the new Cabinet, which he warned may be opposed by some political parties.

According to him, until Lebanon gets the new government line-up, it is irrelevant to speak of any other issues being put on the President-Elect's table.

"We have to actually get the [new] government going and make people accept this government. Until we form the Cabinet, I don't think we will be able to function as we should," he added.

A total of 83 out of 126 voting lawmakers cast their ballots for Aoun, giving the 81-year-old former Prime Minister a needed parliamentary majority. Monday's vote marked the 46th attempt by Lebanon's parliament to elect a president.

© AFP 2020 / MAHMOUD ZAYYAT
Lebanon May File Complaint With UN Over Israeli Incursions
In 2014, the term of Lebanon's former president Michel Nouhad Suleiman ended and Lebanon entered a state of political crisis which lasted more than two and a half years. According to Lebanon's constitution, only a Maronite Christian can be elected president by the country's parliament.

General Michel Aoun was considered to be the leading candidate for Lebanon's presidency throughout the 29-month political crisis. He was mainly backed by the Shiite party Hezbollah, and by the country's pro-Syrian bloc.

Iran and Syria are happy with Lebanon's pick, despite the fact that he once stood against Syria's occupation of the country. His opponents included Saudi Arabia; according to the Guardian, Riyadh withdrew its ambassador to Lebanon in September and cancelled funding for the Lebanese military.

Israeli Forces Respond to Fire From Lebanon, One Soldier Injured