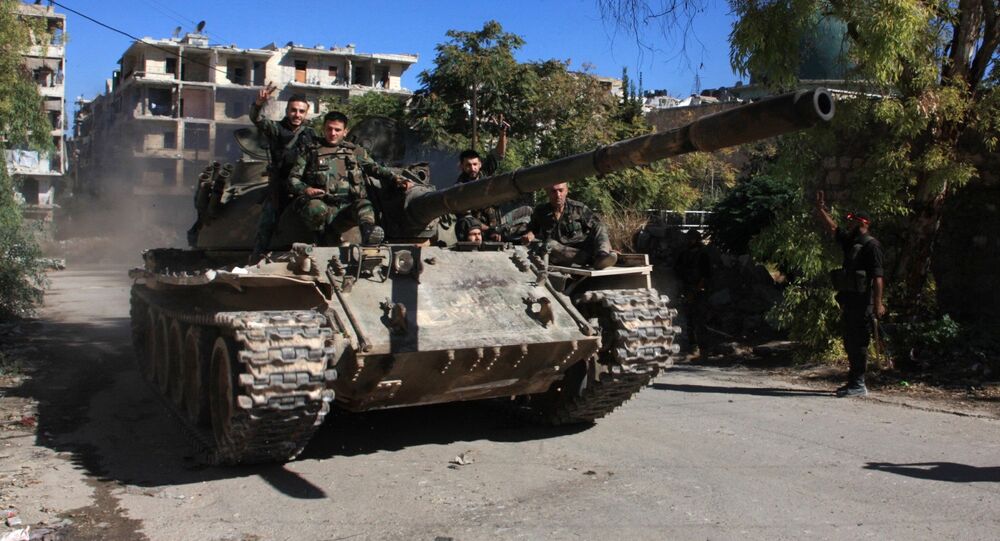 Russian Foreign Ministry Commissioner for Human Rights, Democracy and the Rule of Law Konstantin Dolgov said that misinformation of Western media on the Russian counter-terrorist campaign in Syria is a factor helping extremists in their actions.

© Sputnik / Iliya Pitalev
Russian Military: 55 Ceasefire Violations in Syria in Past 24 Hours
MOSCOW (Sputnik) — Western media "defamation" efforts against the Russian counter-terrorist campaign in Syria play into the hands of terrorists from the Islamic State (ISIL or Daesh) and the Nusra Front, Russian Foreign Ministry Commissioner for Human Rights, Democracy and the Rule of Law Konstantin Dolgov said Monday.

"Unfortunately, major media outlets are engaged in defamation against Russia, all of this plays into the hands of extremists and terrorists from the IS and the Nusra Front. Such misinformation is a factor helping extremists in their actions," Dolgov said during a briefing.

The comment comes less than a week after the United States and the United Nations Children's Fund (UNICEF) director accused Russia and Syria of being behind Wednesday's airstrike in the Idlib province that allegedly hit a school and resulted in the deaths of 22 children and six teachers. Russia has stated, citing satellite imagery of the area, that reports of the attack were fabricated.

© Sputnik / Mikhail Alayeddin
How Situation in Aleppo Unfolds as Russian, Syrian Jets Remain Grounded
Dolgov emphasized that attempts were made to blame Russia for the fabricated incident, which is symptomatic of the general misinformation campaign being conducted against Russia.

"The campaign by a number of Western countries and several human rights organizations continues, and we see peddling to misinformation regarding the events in Syria and in Aleppo," he said.

Syria's government has been fighting against an insurgency by armed opposition and terrorist groups since 2011. Russia began its anti-terrorist campaign targeting the Daesh and the Nusra Front, recently renamed as Jabhat Fatah al Sham, in September 2015 at the request of Syrian President Bashar Assad. Both organizations are outlawed in many countries, including the United States and Russia.

Russian Lawmakers Could Review Syria Naval Base Agreement on Nov. 7-8

Russian Military: 55 Ceasefire Violations in Syria in Past 24 Hours