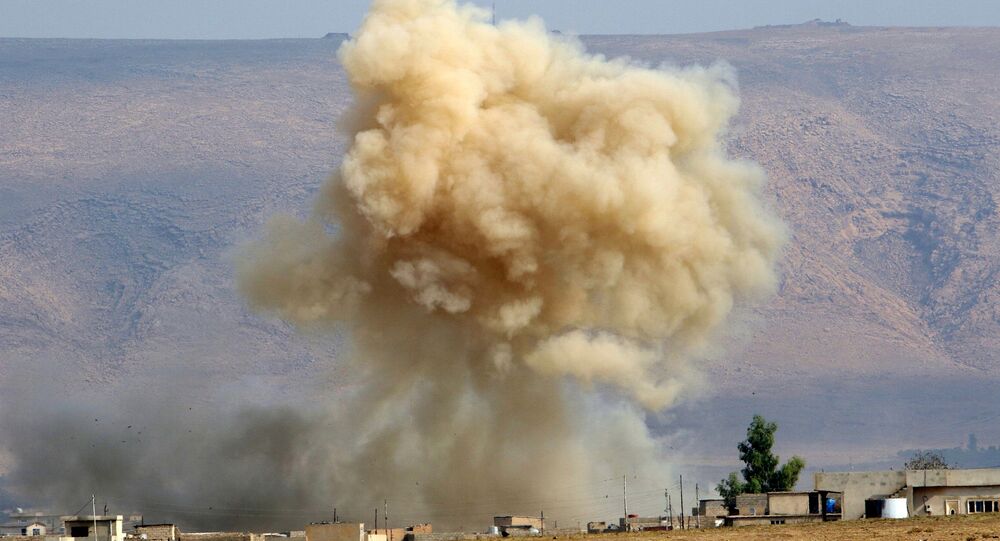 A fire set by Daesh terrorists at the plant also sent toxic fumes across the area with the wind rapidly carrying the toxic smoke to other parts of the country as well as toward Turkey.

© AFP 2021 / SAFIN HAMED
Toxic Smoke Spread by Daesh in Iraq Causes Anemia, Severe Blood Disorders
According to NASA reports, the toxic smoke has caused severe respiratory problems in many people in the surrounding area, forcing them to immediately search for medical help.

Nearly 1,000 people have been admitted to the nearby Qayyarah central hospital since Friday morning, media reports said.

More than 800 Iraqis have been forced to flee from the toxic smoke clouds to remote areas.

However, the toxic clouds didn't just affect residents of nearby villages, but also reached US forces at the Qayyarah military base to the south of Mosul and forced troops to wear gas masks.

The terrorists are said to have set the sulfur plant on fire to slow the advance of the anti-Daesh coalition.

© AP Photo / Maya Alleruzzo
US Soldiers at Military Base Near Mosul Put on Gas Masks Over Toxic Smoke
According to reports of the military, the smoke had a negative impact on scheduled military operations in the area, where Iraqi forces are involved in a major offensive to liberate Mosul from Daesh fighters.

Meanwhile, Turkish meteorologists said that the risk of acid rain was down to a minimum now that the wind blowing from Mosul toward Turkish territory had changed  direction.