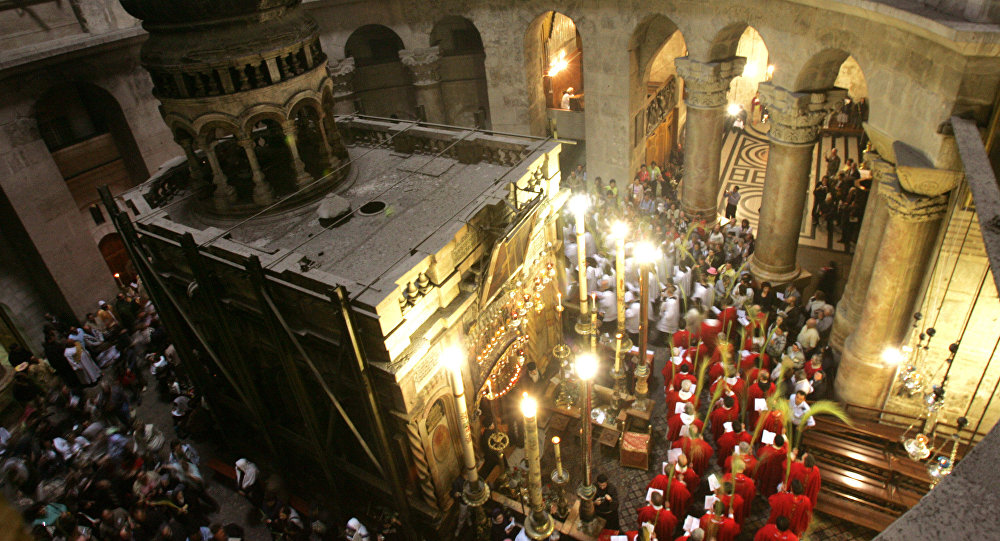 For the first time in centuries, archaeologists opened Christians’ holiest spot – the tomb of Jesus Christ located in the Church of the Holy Sepulchre in the Old City of Jerusalem. This will give researchers an unprecedented opportunity to analyze the original rock surface where Jesus’ body was laid.

The only remains that have survived till today are Christ's burial bed and fragments of the walls and the cave entrance. To protect the ancient relics from pilgrims, who tried to take it to pieces, the bed was closed with marble stone in 1555.

Now, almost 500 years after, scientists have removed the stone from the burial place to find out what the tomb initially looked like. When the marble plate of  was pushed, the researchers discovered a gray-beige stone surface beneath it. In order to find out what this surface is, the scientists will conduct the instrumental studies.

This burial shelf is now enclosed by a small structure known as the Edicule, from the Latin aedicule, or "little house." The last time it was reconstructed was in 1810 by the Greek Orthodox community after a devastating fire two years before.

In 2015, Greek Orthodox Patriarchate of Jerusalem with the consent of the two major communities invited a team from the National Technical University of Athens to study and restore the Edicule of the Tomb once again. Communities of the Church of the Holy Sepulchre approved the restoration in March 2016, provided that the works will be finished by Easter 2017. 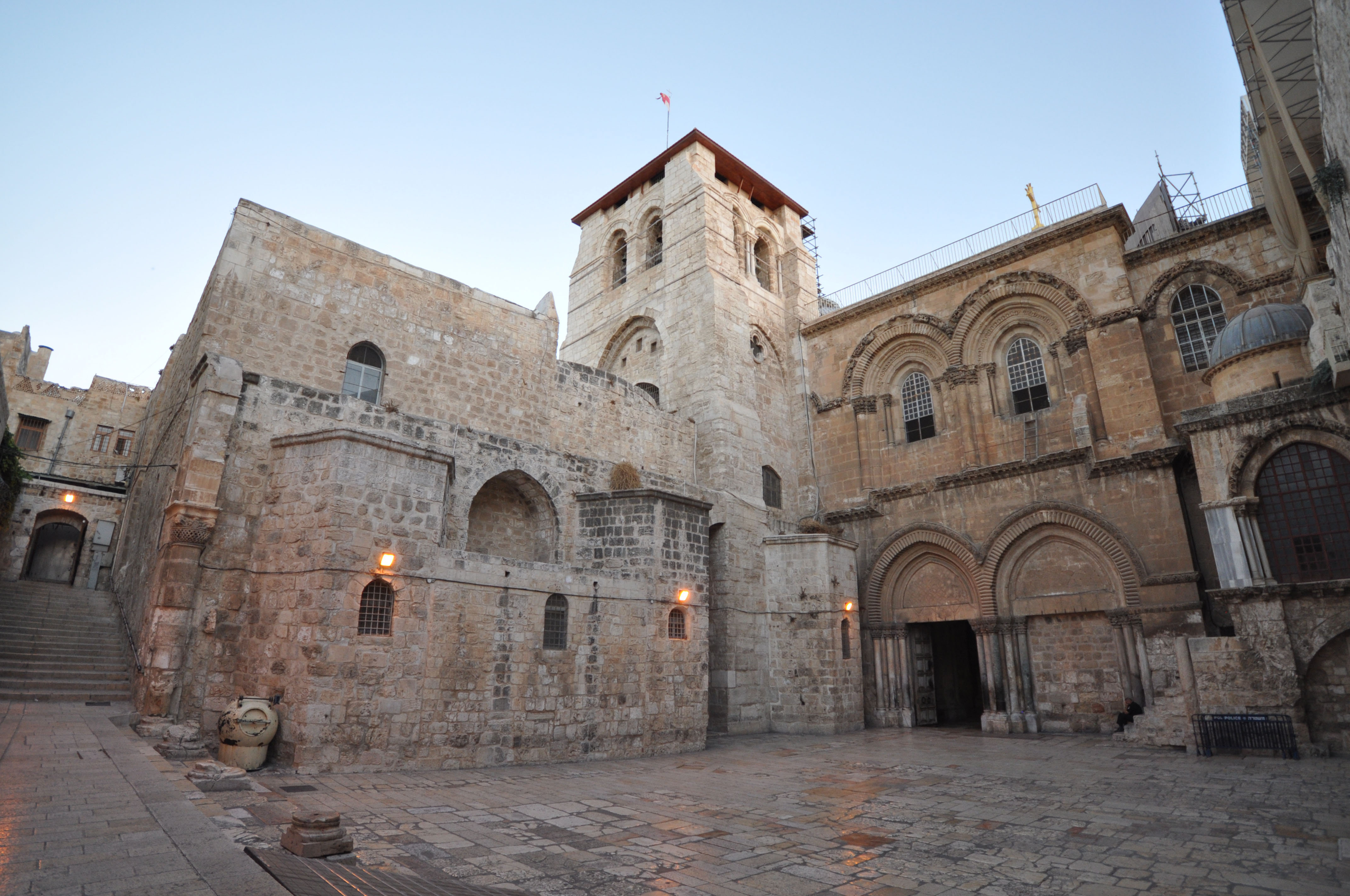 The project cost the US $4 million. This amount was added to the royal donation from King of Jordan Abdullah II and another US $1.3 million from Mica Ertegun, the widow of the founder of Atlantic Records, an American record label.

According to the Gospel, the body of Jesus Christ after his death was put in one of the burial caves carved into the mountain. That is where he rose on the third day. And during the excavation in the 4th century, Flavia Iulia Helena, the mother of the Roman Emperor Constantine I, allegedly stumbled upon the cross, and then founded the Church of the Holy Sepulchre on this spot.

© Wikipedia /
A mosaic depiction of Christ's body being prepared after his death, opposite the Stone of Anointing