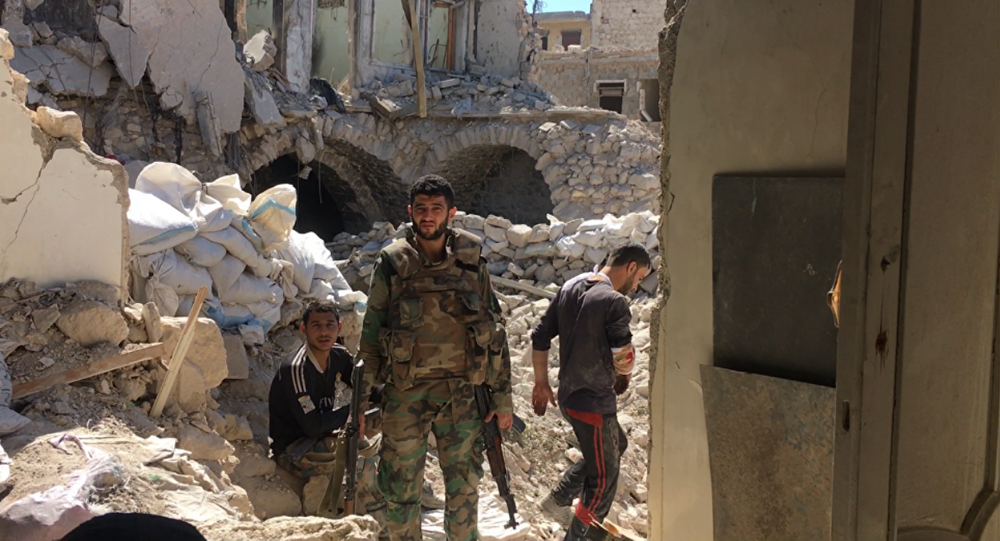 The Syrian army is not initiating any ground attacks in Aleppo, despite being capable of doing so, in order to prevent casualties among civilians, a Syrian army officer told Sputnik on Friday.

© AP Photo
Time to Consider Syrian Rebels Legal Target for Airstrikes as They Did Not Separate From Terrorists - Lavrov
MOSCOW (Sputnik) — The officer added that the leaders of militant groups were hiding in the most densely populated neighborhoods, and they had prevented civilians from leaving the city using threats and executions during the October truce.

He noted that the safe routes were still open for anyone aiming to exit the city despite the end of the truce.

"Our fighting on the outskirts of Aleppo is strictly defensive, we do not initiate any attacks in the city, the internal map of the city is still the same as it was five years ago. The Syrian army did not advance into the city despite being capable of doing that and the reason is that we do not want any civilian casualties," the officer said.