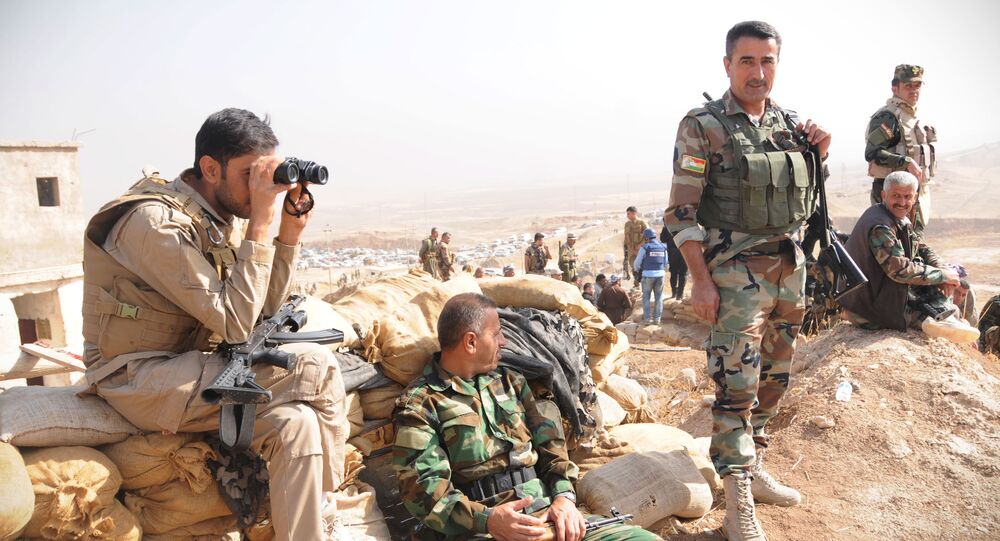 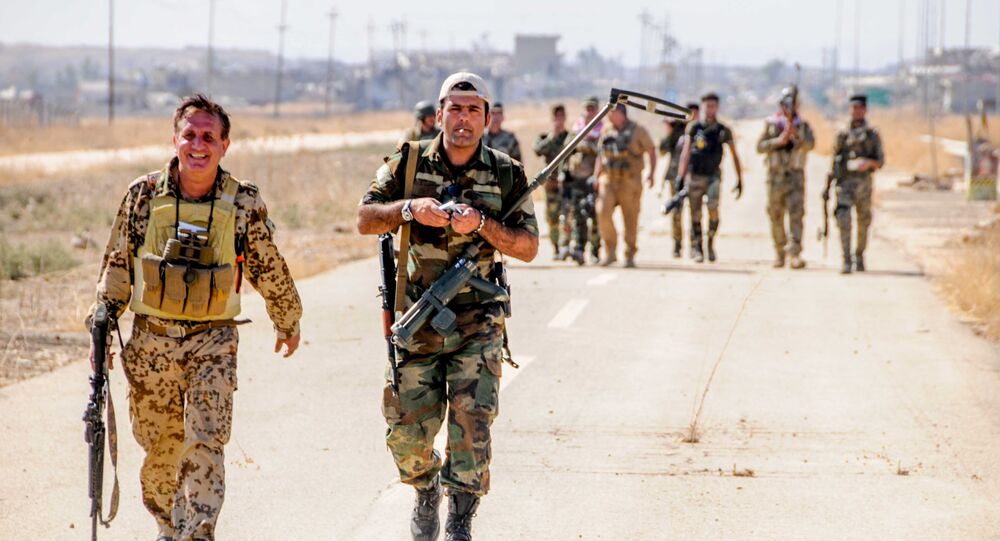 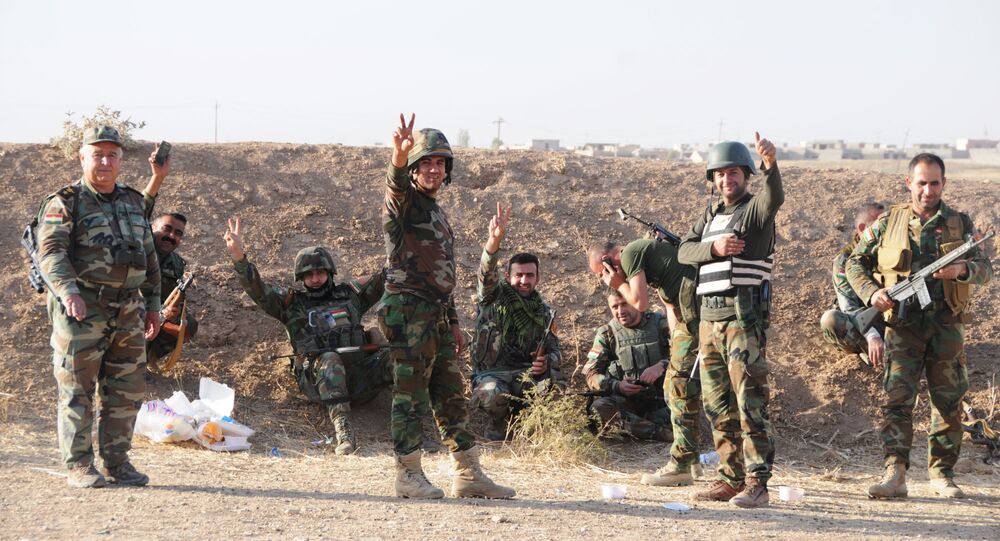 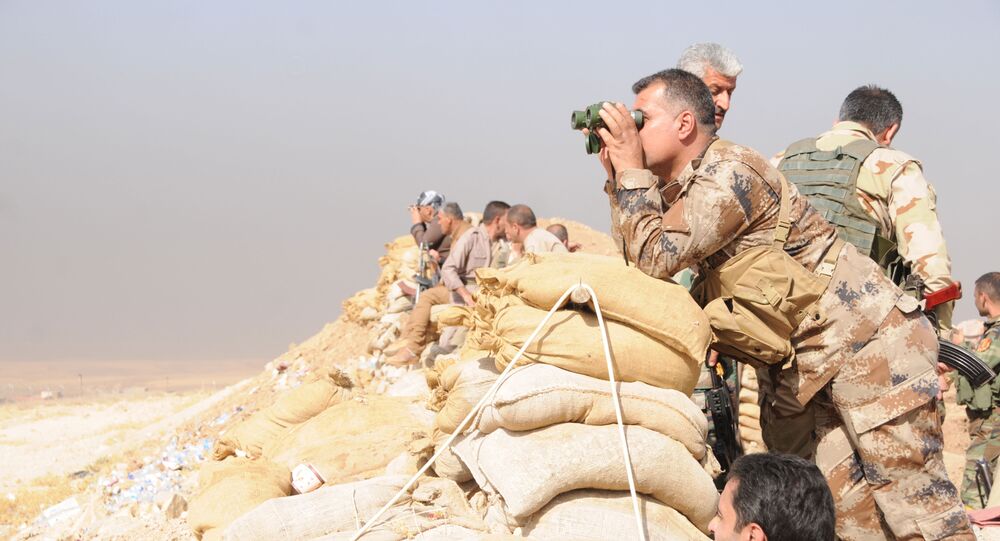 Hemze Salih, 72, joined the Peshmerga 40 years ago and, together with his four sons, is now taking part in an operation to liberate Mosul from Daesh terrorists. In an interview with Sputnik, he recalled the operations he had fought in as part of the Kurdish militia.

© AFP 2020 / SAFIN HAMED
Kurdish Peshmerga Forces Say Goals of Operation North-East of Mosul Accomplished
“I’ve fought a whole lot of battles since I joined in, have been wounded many times and had several close calls. Right now,  my four sons and I are fighting to liberate Mosul from Daesh. My nephews and many other relatives are also battling the militants,” Hemze Salih told Sputnik Turkey.

He added that virtually all men from his village were taking part in that fight, most of them liberating Mosul as part of the Peshmerga militia.

“There are hundreds of elderly men like me now fighting for Mosul. We are fighting for our country, for our people and fight we will until the bitter end,” Salih emphasized, adding that

“Daesh is everyone’s enemy and everyone should contribute to the fight to flush it out."

Eli Halit is one of many ethnic Assyrians who are taking part in the operation to liberate Mosul.

In an interview with Sputnik, he said that there 500 Assyrians fighting as part of the Kurdish Peshmerga units besieging the city.

“We are fighting to liberate Mosul where hundreds of our fellow Assyrians are languishing in Daesh jails there. When the terrorists  occupied Mosul the majority of local Assyrians fled to Erbil and Dohuk, but many of those who didn’t were taken prisoner,” Eli Halit told Sputnik.

He added that there were two all-Assyrian units – 500 men in all – currently fighting near Kayara, a village south of Mosul.

“We’ve managed to claw back four villages during the past 24 hours. The fight goes on and we have lost some of our men killed and wounded. Before that, we fought Daesh in Sinjar and other places,” Halit said, adding that once Mosul is liberated thousands of ethnic Assyrians will return to the city.

Mosul is the second-largest city in Iraq. Its liberation is an important part of a military operation by the Iraqi Army and Kurdish forces to cleanse the country of terrorists.

The city was seized by Daesh in 2014 along with a number of other northern and western Iraqi cities and towns.

According to media reports, at the moment there are at least 10,000 Daesh militants in the city, including 2,000 recruited foreign fighters.

Female Kurdish Peshmerga Commanders to Sputnik: 'Daesh are Terrified of Us'