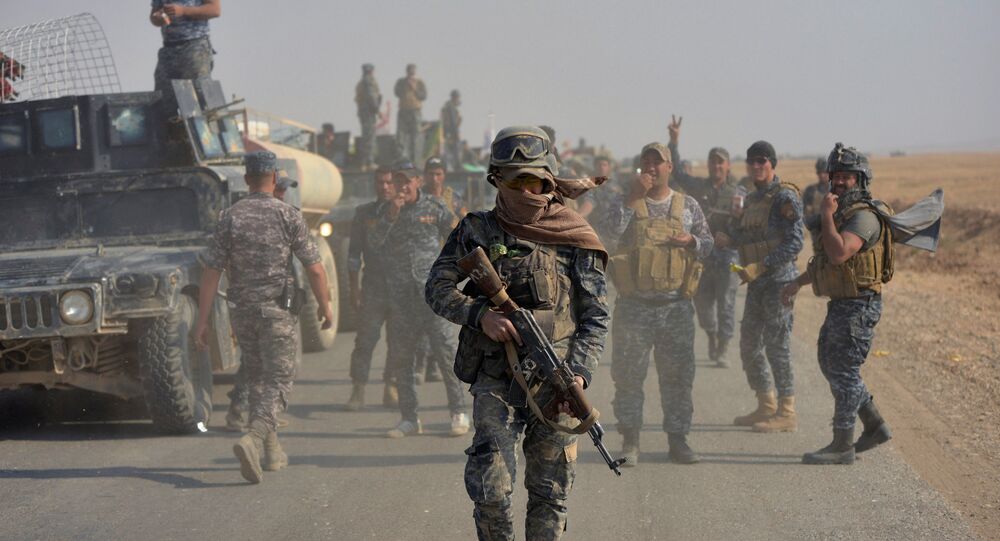 The Iraqi self-defense forces regained control over one of the key Daesh facilities in the western part of Mosul, Alsumaria TV reports.

© REUTERS / Jonathan Ernst
Greater Daesh Resistance in Mosul Result of Failure to Use Element of Surprise
The source also said that this HQ is very important for the terrorist group. The errorists had left the building before the operation started fearing airstrikes, the source added.

Earlier, US Central Command's Gen. Joseph Votel said that estimated 800-900 Daesh terrorists had been killed since the beginning of the Mosul offensive.

On October 17, Iraqi Prime Minister Haider Abadi announced the start of the operation to retake Mosul from Daesh, which is outlawed in many countries worldwide, including the United States and Russia. The offensive is backed by airstrikes by the US-led international coalition.

ICRC to Negotiate With Warring Parties in Mosul, Including Daesh, Access to City