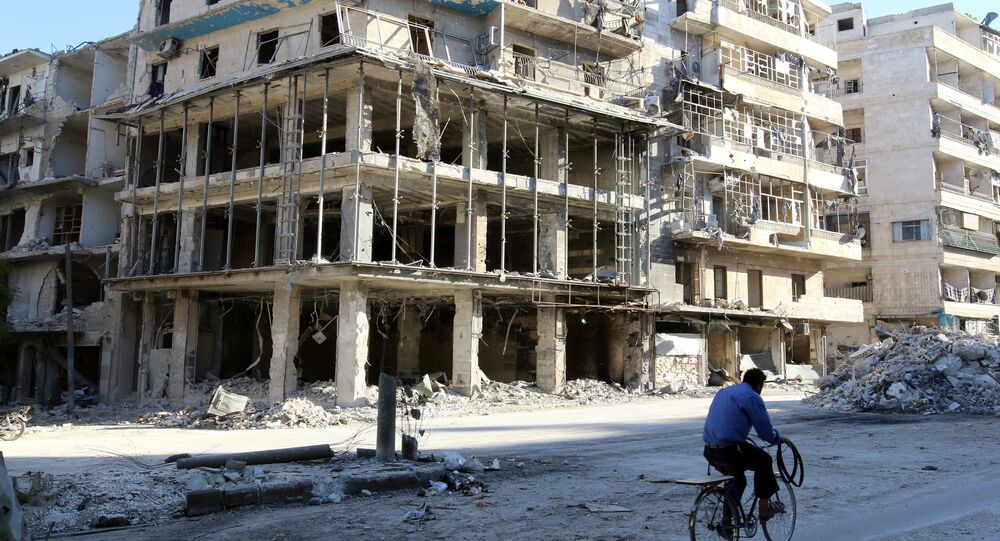 The Russian center for Syrian reconciliation delivered 15 metric tons (16.5 US tons) of food to the civilians of Aleppo region in accordance with a plan of providing humanitarian assistance, spokesman for the center Daniil Rychkov said Thursday.

ALEPPO (Sputnik) – The Center for reconciliation of opposing sides in the Syrian Arab Republic, based at Hmeimim air base, was set up by the Russian Defense Ministry to plan, monitor and carry out peace restoration operations in Syria. As of March 2016, about 683 tons of humanitarian aid and medicine had been delivered to the Syrian provinces of Hama, Homs, Latakia, Daraa, Deir ez-Zor, Aleppo and Damascus, according to the Russian Defense Ministry.

"We delivered the cargo for the residents of the neighborhood of Sheikh Maqsood," Rychkov said.

He specified that the aid included pasta, rice, sugar and oil.

Fighting in Aleppo has escalated over the past few weeks, with the Syrian army and local militia forces having managed to encircle large groups of militants in eastern districts of Aleppo.