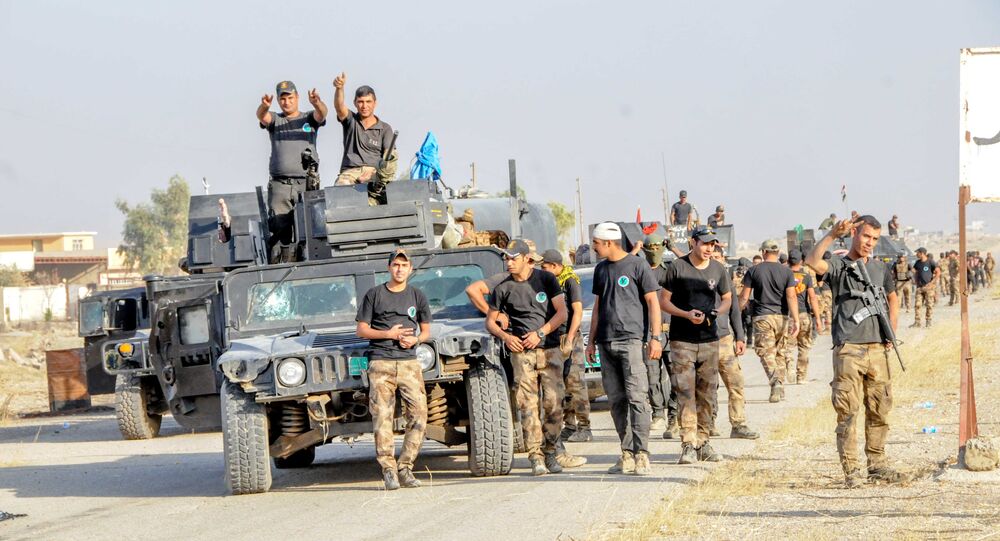 The battles for Aleppo and Mosul will trigger a new flow of refugees, brain drain, ethnic and cultural conflicts, Austria's former chancellor said.

"The dramatic battle over Aleppo and the beginning offensive against the so-called Daesh in Mosul will generate further refugee flows. It is tragic that the regional and global actors have not yet succeeded in finding a peaceful solution," Schuessel said speaking at the Valdai Discussion Club in Sochi.

He added that the cause of these developments is the erosion of global order and military build-up by the major powers.

"The long-term consequences are going to be disastrous – the brain drain, ethnic and cultural conflicts, the failure to achieve sustainable integration," the former chancellor noted.

© REUTERS / Nour Fourat
US-Led Operation in Syria's Raqqa to Be 'Life or Death' Fight
On October 17, Iraqi Prime Minister Haider Abadi announced the start of a military operation to recapture Mosul from Daesh, outlawed in Russia, with the help of airstrikes by the US-led international coalition. According to local media, about 30,000 Iraqi soldiers and 4,000 Kurdish Peshmerga fighters are taking part in the operation.

The International Committee of the Red Cross (ICRC) in Iraq warns that the operation to liberate Mosul may cause a humanitarian disaster forcing up to one million civilians to flee the city while it is ready to help only 300,000.

On Sunday, Syrian government forces started offensive in the south of Aleppo after the end of the humanitarian pause, which started on October 20 to ensure the safe evacuation of unarmed militants, and civilians from eastern Aleppo via eight designated corridors. Al-Nusra Front terrorist group (outlawed in Russia), recently renamed as Jabhat Fatah al Sham, prevented civilians who wanted to flee the city, attacking people during their attempts to leave Aleppo.