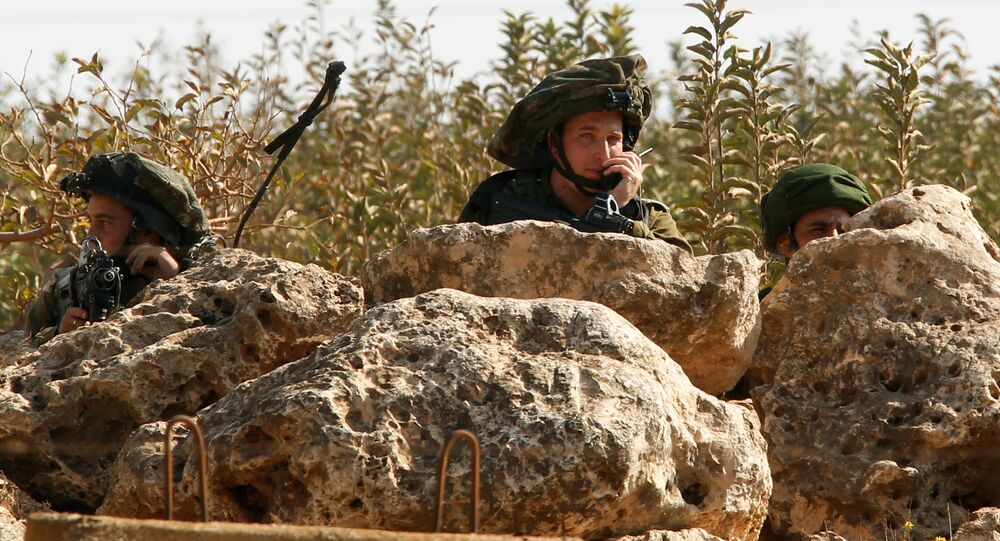 Israeli Forces Respond to Fire From Lebanon, One Soldier Injured

One Israeli soldier was wounded in the shelling from vehicle moving on the Lebanese side of the border with Israel, according to the statement of the IDF.

TEL AVIV (Sputnik) — A vehicle moving on the Lebanese side of the border with Israel shelled on Wednesday a group of Israeli soldiers and injured one of them, with the Israel Defense Forces (IDF) opening fire in response, the IDF said.

"Shots were fired towards IDF forces on the border with Lebanon, injuring a soldier… Forces responded w/ fire. Injured soldier evacuated," the IDF posted on Twitter.

Initial report: Shots were fired towards IDF forces on the border with Lebanon, injuring a soldier. Details to follow. pic.twitter.com/2vdTvQnipr

© AP Photo / Ariel Schalit
Israel Has No Aggressive Plans Toward Syria, Lebanon - Defense Minister
According to the post, the IDF later identified the suspected car and confirmed the hits.

Later in the day, Arabic reports emerged that the Israeli Air Force had invaded the Lebanese air space following the incident.

On Tuesday, an Israeli teen was killed in gunfire near the border with Egypt while assisting his father in maintenance work on the border fence, according to local media.

Israeli Military Fire Back in Response to South Lebanon's Shelling