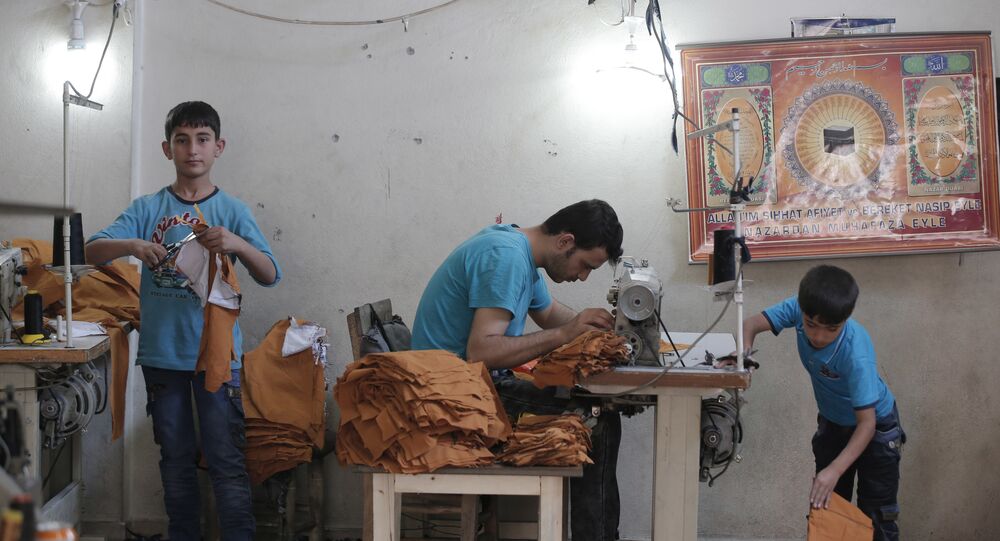 © REUTERS / Umit Bektas
Over 5,000 Syrian Refugees Return From Turkey to Jarablus Freed From Daesh
MOSCOW (Sputnik) – An undercover investigation by the UK state broadcaster BBC discovered seven children working illegally for the UK retailer Marks and Spencer at one of its main factories.

The children – the youngest of them only 15 – were reportedly working for over 12 hours a day, earning less than a pound ($1.22) an hour.

Other Syrian minors were found making merchandise for the British online fashion store Asos, and adult refugees were found to be making jeans for the Spanish-based clothing brands Zara and Mango.

All firms claimed they had been monitoring their supply chains. Marks and Spencer insisted its inspections had revealed no Syrian workers. Asos admitted the factory where violations were reported was not registered.

Turkey has admitted almost three million Syrians refugees since the start of the Syrian war in 2011. According to the BBC, it is Europe’s main garment factory due to its proximity and low production costs.

Over 20 People Die in Explosion at Syrian Refugee Tent Camp