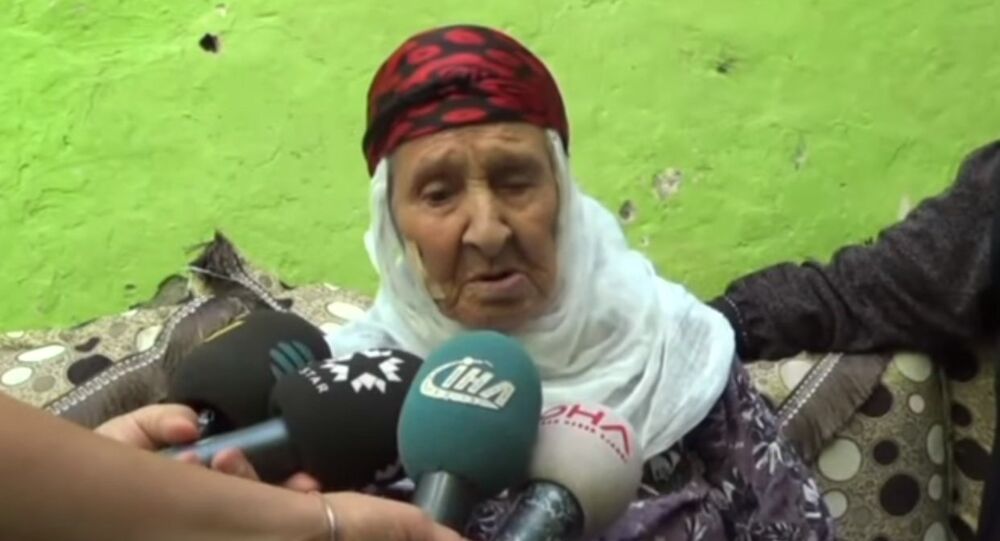 A grandmother in the Turkish town of Diyarbakir has at least 415 grandchildren who range in age from 90 to two, BBC Turkiye reported last week.

Sahe Tayurak has been married three times, and has two children from her first marriage and five from her second. She lives with her youngest son Cemal Tayurak and his family in the Alipasa region of Diyarbakir.

Cemal Tayurak told the BBC that three years ago, he decided to count how many children, grandchildren and great-grandchildren Sahe has.

​Sahe's oldest son is 90, and Cemal, her youngest, is 60 years old. Her oldest grandson is 70, and the youngest is two years old. Cemal said that they don't know exactly how old Sahe is, because the local village chief only issued her identity documents after the death of her second husband.

"The village elder only issued my mother documents after a law was passed in 1945 about the registration of the rural population. He estimated her age by sight, so nobody really knows her real age. But I think she is no less than 110-115 years old. It is quite possible that she is the oldest person not only in Diyarbakir but in the whole region," Cemal said.

© AP Photo / Maya Alleruzzo
Attack on Mosul: Why It Matters So Much to Turkey
Cemal said that his mother has enjoyed excellent health, and only visited the hospital for the first time last year due to some minor problems with her gall bladder.

"The general state of my mother's health was great until last year, and I think that such a long and full life is a gift from god. Her children haven't been as lucky with their health. The oldest looks a lot older than his mother," Cemal said.