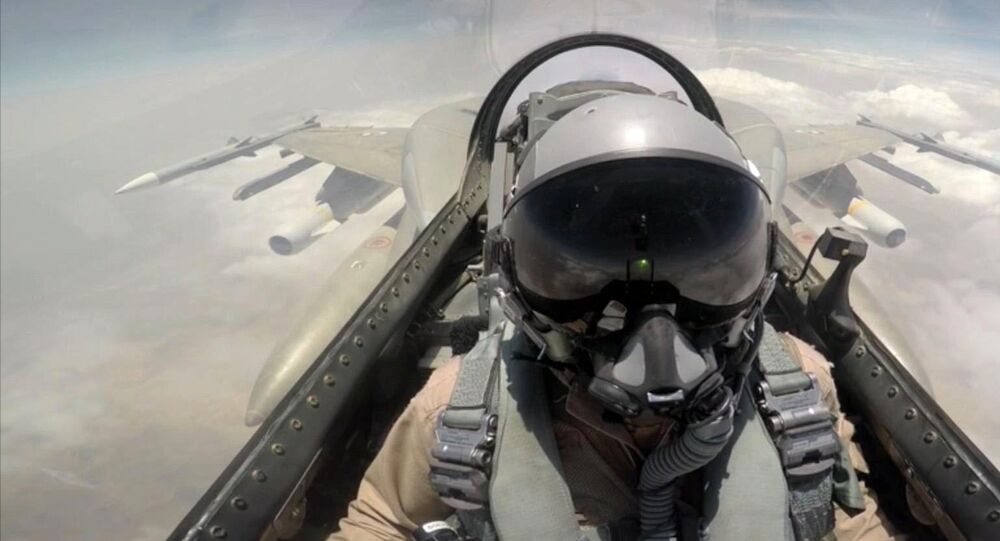 The United Kingdom have been training Saudi pilots despite the ongoing accusations of war crimes in Yemen, media reported.

MOSCOW (Sputnik) — The fact was discovered by the UK Liberal Democrats, who described the revelation as “shameful” and called for immediate suspension of the training, according to the Independent newspaper.

"It is shameful that the UK Government is not only arming Saudi pilots, it is training them as well. The indiscriminate bombing of innocent civilians by Saudi Arabia in Yemen, in clear breach of international humanitarian law, is now well documented. The Government must end its complicity in this murderous campaign,” Tom Brake, the spokesman of the Liberal Democrats party, was quoted as saying by the Independent newspaper.

The UK Defense Secretary Michael Fallon said in response that the collaboration with the Royal Saudi Air Force was aimed at improving their targeting processes, the newspaper said.

© REUTERS / Anees Mahyoub
US Military Struck 2 Targets in Central Yemen, Killing 8 Al-Qaeda Terrorists
On October 8, the airstrike hit the funeral ceremony in Sanaa. According to UN estimates, the attack claimed over 140 lives and left more than 525 people wounded, while media suggested that 213 people may have been killed. AT first, the Saudi-led Arab coalition denied allegations of the Houthi rebels that it was involved in the incident, however, later it agreed to investigate the matter.