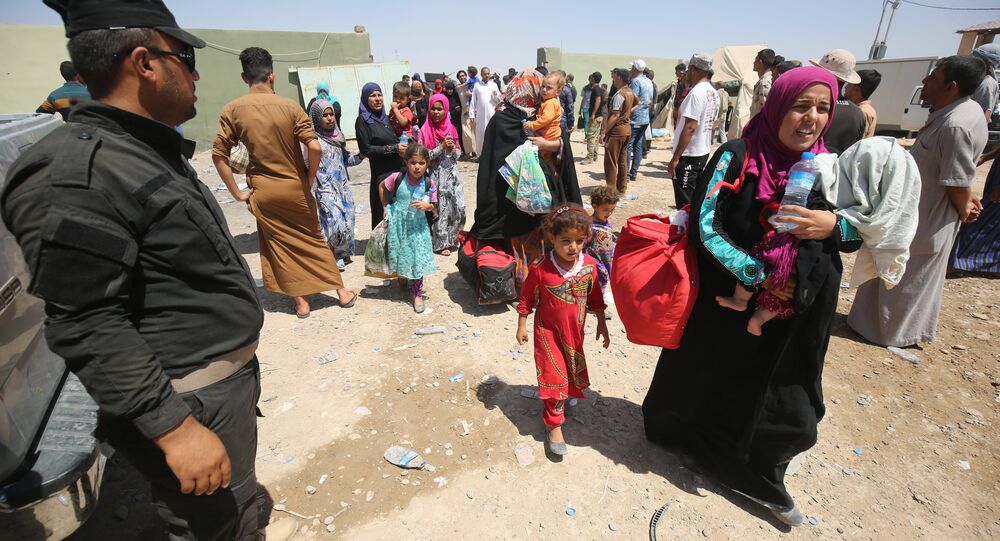 Germany plans to allocate 34 million euros ($37 million) of immediate assistance to the residents of the Iraqi Mosul, who will have to leave the besieged region, Development Minister Gerd Mueller said Saturday in an interview with a local newspaper.

© REUTERS / Zohra Bensemra
Bloodbath: US Coalition's Victory in Mosul 'to Come at High Humanitarian Cost'
MOSCOW (Sputnik) — The funds will be used for the technical support services in Iraq, distributing the humanitarian aid, Mueller told the Neuen Osnabrucker Zeitung.

Mueller added that the German side would also help with temporary accommodation for refugees and provide them with medical assistance.

According to the United Nations, the number of refugees from Mosul may reach one million.

On October 17, Iraqi Prime Minister Haider Abadi announced the start of the military operation to retake Mosul from the Islamic State militants.  According to local media, about 30,000 Iraqi soldiers and 4,000 Kurdish Peshmerga fighters are taking part in the operation, backed by air strikes carried out by the US-led international coalition.