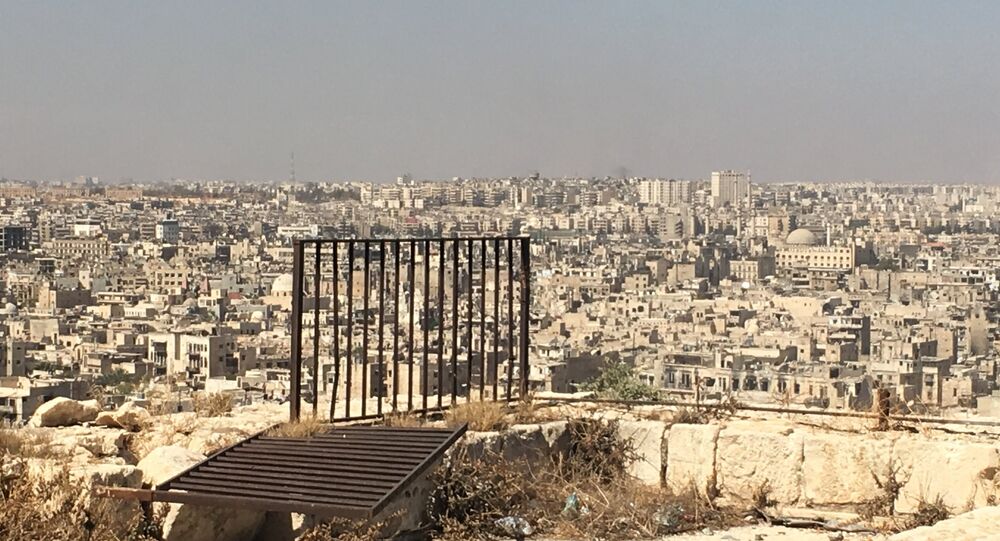 Al-Nusra Front terrorists and Ahrar al-Sham rebels prevent the International Committee of Red Cross (ICRC) mission from evacuating the wounded from the eastern districts of the Syrian city of Aleppo, a Geneva source familiar with the situation told RIA Novosti.

GENEVA (Sputnik) — Earlier on Saturday, the Russian Foreign Ministry called on all the countries who could influence the militants in Aleppo to urge them to allow access to the city to international humanitarian missions.

"The ICRC has been trying to convince the representatives of the key armed groups (al-Nusra Front and Ahrar al-Sham) to allow access to eastern Aleppo to evacuate the wounded. There are hundreds of injured. The militants set a condition for giving access [to the area], [they] demand medical supplies and medical treatment of militants," the source told RIA Novosti.

© Sputnik / Michael Alaeddin
Aleppo’s 'Humanitarian Pause': Militants Launch Mortar Attack on Civilians Preparing to Leave
Aleppo has become the scene of ferocious battle between the Syrian Army and the militants holding the city's eastern districts, with many international organizations voicing their concern for the civilian population trapped in a war-torn city.
The Russian and Syrian governments agreed to stop airstrikes on Islamist fighters controlling parts of Aleppo starting Thursday to ensure the safe evacuation of unarmed militants, and civilians from eastern Aleppo via eight designated corridors. The Russian General Staff said earlier that the humanitarian pause in Aleppo has been extended for one day, from 08:00 to 16:00 local time on October 22.
...
Reddit
Google+
Blogger
Pinterest
StumbleUpon
Telegram
WhatsApp
518