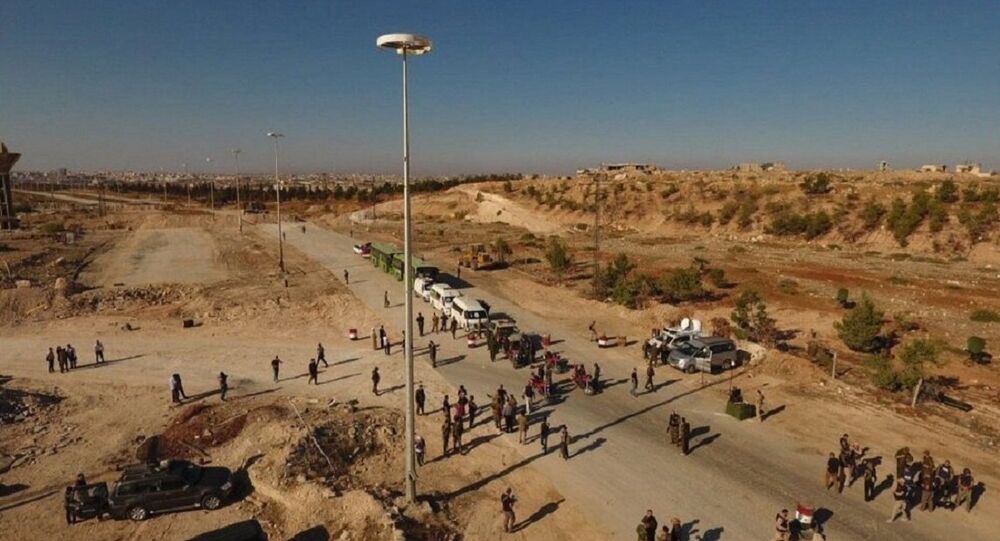 © Sputnik / Michael Alaeddin
Aleppo’s 'Humanitarian Pause': Militants Launch Mortar Attack on Civilians Preparing to Leave
YUZHNO-SAKHALINSK (Sputnik) — On Saturday, Russia indicated that it might further extend the humanitarian pause, which has already been prolonged for October 22, from 08:00 to 16:00 local time, depending on the developments on the ground.

"It is an independent decision," Peskov said, commenting on Russia's decision on the humanitarian pause in Aleppo after Normandy talks in Berlin during "Vesti v Subbotu" news program.