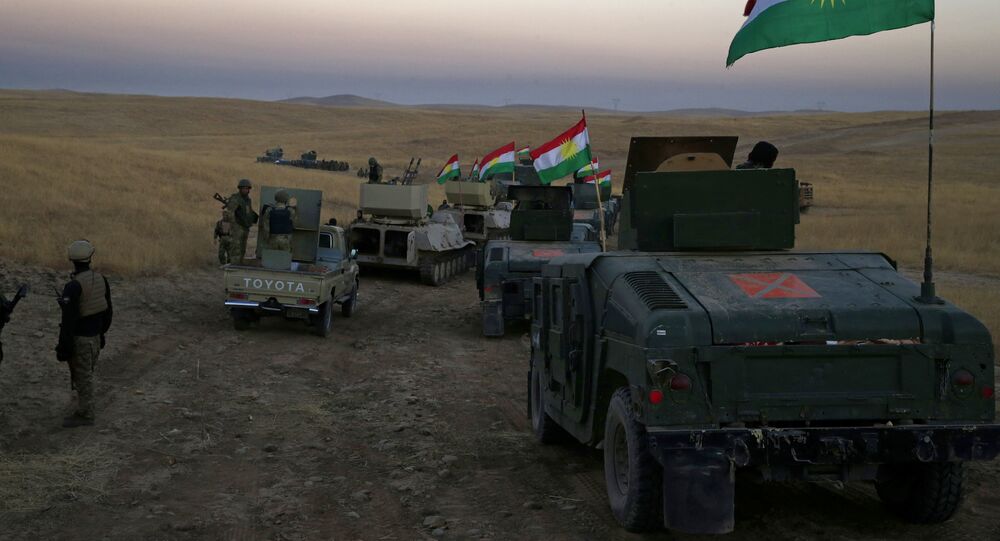 UN High Commissioner for Human Rights Zeid Ra’ad Hussein expressed on Friday his concern about reports that Daesh terrorist group is using civilians as human shields in and around the northern Iraqi city of Mosul.

MOSCOW (Sputnik) — The High Commissioner also said that there was a risk that Daesh terrorists could kill civilians held captive, especially those belonged to ethnic and religious minorities.

“We are gravely worried by reports that ISIL [Daesh] is using civilians in and around Mosul as human shields as the Iraqi forces advance, keeping civilians close to their offices or places where fighters are located, which may result in civilian casualties,” Zeid said, as quoted by the UN press release.

© REUTERS / Goran Tomasevic
'A Big Electoral Show': Mosul Liberation Will Not Be the 'Defeat of Daesh'
“There is a grave danger that Daesh militants will not only use such vulnerable people as human shields but may opt to kill them rather than see them liberated,” he warned.

Zeid called on the Iraqi government to protect civil population of Mosul and its suburbs.

“We know ISIL has no regard for human life, which is why it is incumbent upon the Iraqi Government to do its utmost to protect civilians,” the commissioner said.

Mosul is the country’s third-largest city and has been under Daesh occupation since June 2014.