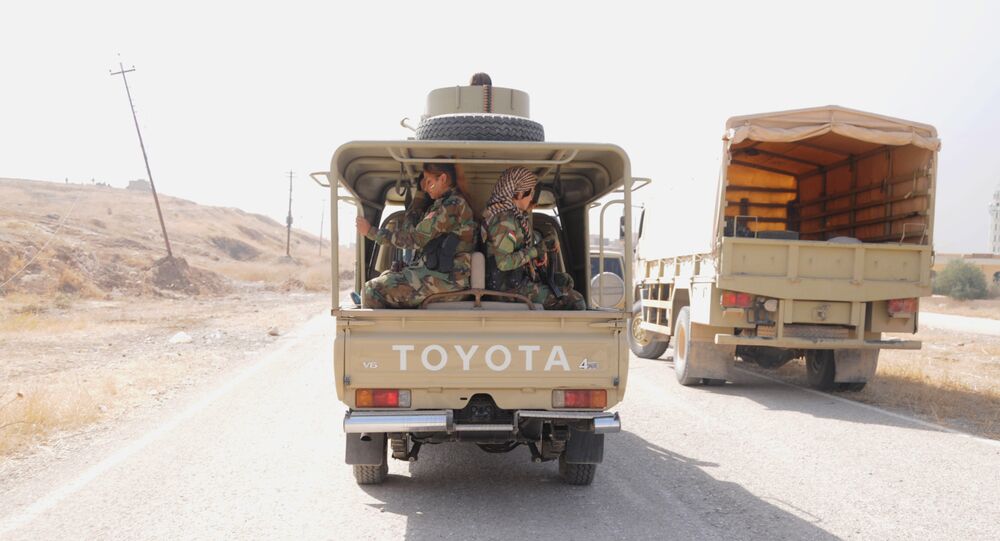 Iraqi and US forces battling for control of Iraq’s northern city of Mosul can anticipate a wave of suicide attacks from foreigners who joined Daesh terrorist group, the private intelligence firm Soufan Group said in a report Friday.

"Foreign fighters will not be able to blend in with civilians in the chaotic aftermath of Mosul, making a surge in suicide attacks more likely in the coming weeks," the report explained.

Although Daesh has tended to be pragmatic in its past decisions about where to fight, and to what extent, the group’s foreign members — with no ties to the local community — will likely play an outsize role in Mosul, the report predicted.

Iraqi government and Kurdish Peshmerga troops are on the front lines of the battle for control of Iraq’s second-biggest city, while about 5,000 members of a US-led coalition provide support.

The US Department of Defense has disclosed the death of an American soldier on Thursday, and subsequent reports said a suicide bombing near Mosul was responsible.