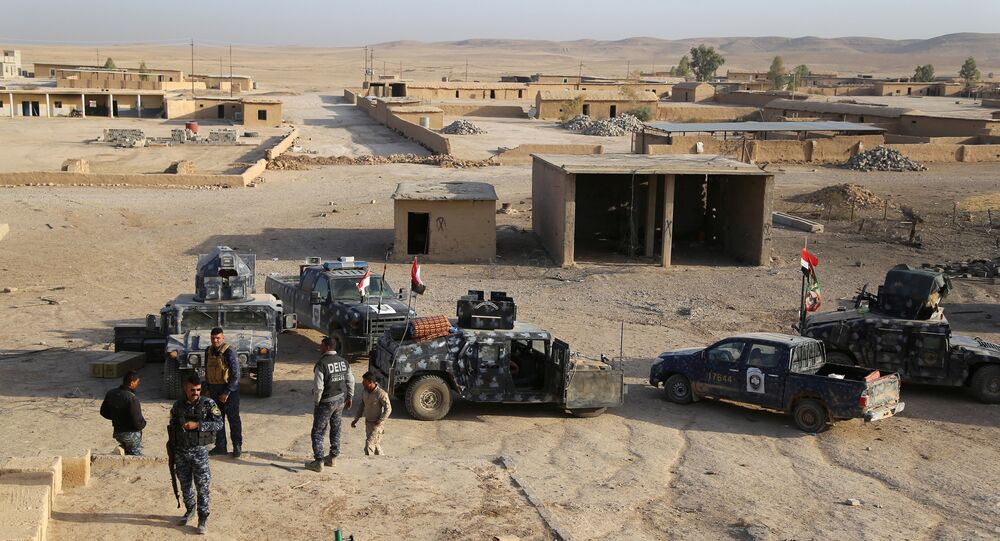 Esil Nuceyfi, former governor of Mosul and commander of the Sunni militia "Defenders of Nineveh," told Sputnik that Iraq would need as much support as possible in the liberation of the city of Mosul, stressing that Turkey could be of a great help during the military operation.

"The Mosul operation involves two divisions and six ‘Defenders of Nineveh' militia battalions. I can't say the exact number of soldiers for security reasons. Part of our forces is located near Mosul's dam in northern Mosul. In the coming days we plan to expand the scale of the operation jointly with the Iraqi government army," Nuceyfi told Sputnik.

"If it [Ankara] will be able to reach consensus with the coalition, it could provide artillery support. We really need it," Nuceyfi noted.

© REUTERS / Alaa Al-Marjani
These are Reasons Why Coalition's Efforts in Mosul Risks Becoming a 'Catastrophe' for Middle East
According to the ex-governor of Mosul, in the case the population of Mosul starts fleeing the city, Turkey will face another wave of migration with "up to one million people" seeking asylum in the country.

Earlier, Turkish political scientist Celalettin Yavuz told Sputnik that once Mosul has been liberated, Daesh terrorists would move to other countries, including Turkey, which is already home to over 300,000 Iraqi refugees. In addition to millions of Syrian and other refugees already there, this would create more socioeconomic problems for Ankara.