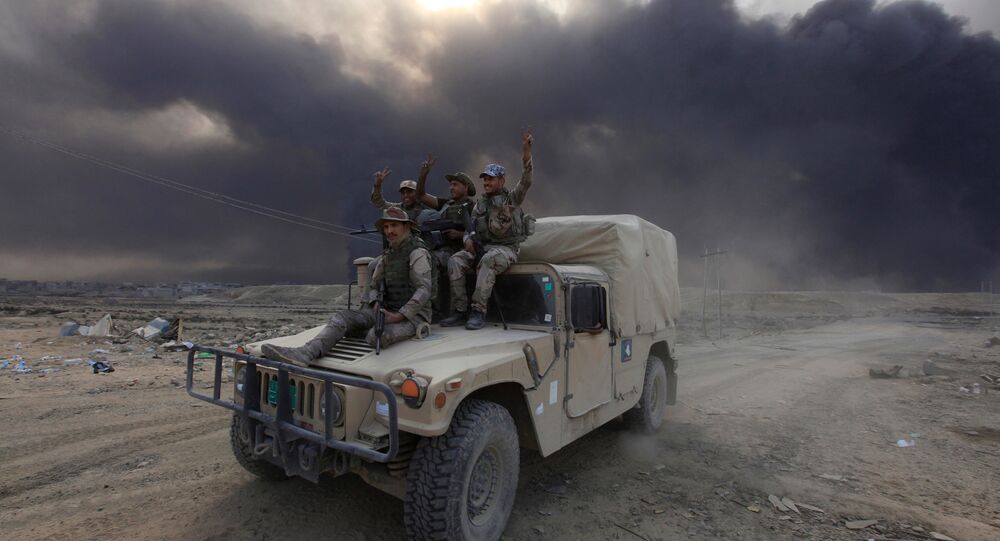 As the battle for Mosul continues, Daesh is already resorting to frightening tactics -- and things will likely get worse.

Coalition forces launched the operation to liberate the Iraqi city from the terrorist group on Monday, and it’s reportedly having an effect.

"In the ranks of Daesh there is panic right now," Said Mamuzini, representative of the Arab Democratic Party of Kurdistan (KDP), told Sputnik. "The jihadi commanders ordered the execution of militants who refuse to participate in the battles."

According to US officials, Daesh militants are also relying on human shields, preventing the city’s citizens from fleeing.

"This has been going on for several weeks where we’ve seen civilians being forcibly detained and their movements being prevented where they can’t get out of Mosul. They are being held there against their will," Pentagon spokesperson Jeff Davis told reporters, according to the International Business Times.

On Saturday, aircraft of the Iraqi Air Force dropped leaflets on Mosul to warn residents of the upcoming offensive. The government called on the residents not to panic and stay at their homes.

The situation will likely get worse before it gets better. Based on the fact that the militant group is believed to have used mustard gas against Kurdish forces earlier this month, US officials expect the same tactic to be used as Daesh grows more desperate.

"Given ISIL’s reprehensible behavior and flagrant disregard for international standards and norms, this event is not surprising," said one official, speaking on condition of anonymity.

The Pentagon has reportedly supplied ground forces with gas masks in the event of such an attack.

Coalition forces, including the Iraqi Army, Kurdish Peshmerga, and Shiite militias backed by US-led airstrikes, have retaken a number of villages in Mosul’s outskirts.

Even if the mission is ultimately successful, some have pointed out that stronger plan should have been put been place for the how the city would function after liberation.

"I would have loved to have a political plan along with a military plan on how to administer Mosul," Masoud Barzani, the president of the Iraqi Kurdistan Region, said earlier on Wednesday.

"We are looking for a good solution."