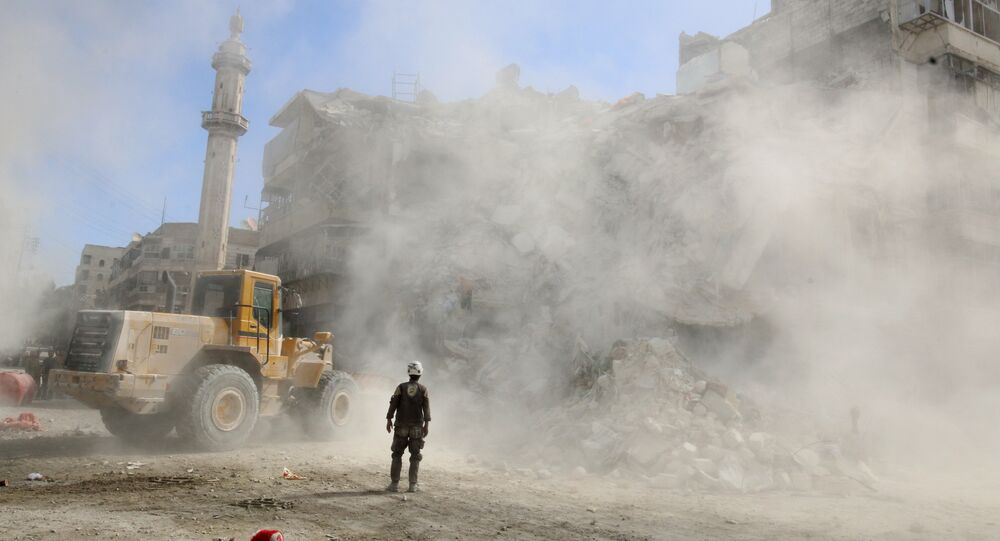 The war in Syria will not end by taking over of Aleppo by government forces, as such scenario may lead to a guerrilla war triggered by the opposition and supported by a number of states, UN Special Envoy for Syria Staffan de Mistura said Wednesday.

© Sputnik / Michael Alaeddin
Syrian Rebels, Civilians Begin Eastern Aleppo Exodus - Reports
GENEVA (Sputnik) — "This war will not end up and it will not be won after taking over Aleppo [by government forces]. A phase of war may end, Aleppo may collapse and it will leave thousands of people killed and 150,000 refugees. Though, afterwards, the guerrilla war is likely to start, and it will be a very bad war. Those states sponsoring the opposition and many Syrians will continue fighting. This is an awful perspective and scenario for everyone, including [Syrian President Bashar] Assad and those, who support him," de Mistura told Svenska Dagbladet newspaper in an interview.

In de Mistura's opinion, both the regime and Damascus and Russia do not seek for a long-term guerrilla conflict.

Earlier in the day, the Russian Defense Ministry extended for three more hours the previously announced humanitarian pause in Aleppo, which would start from 08:00 local time (05:00 GMT) on October 20 and run through 19:00 local time.