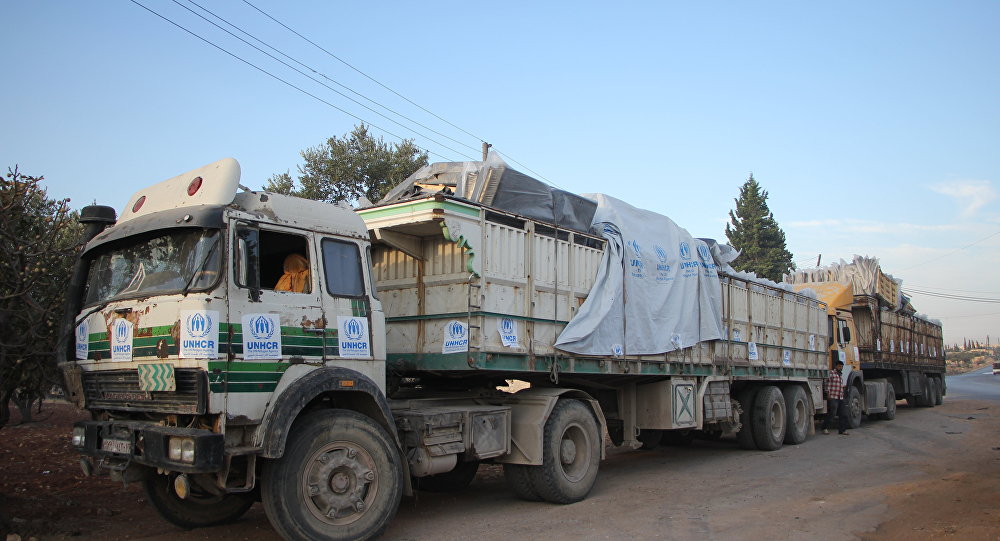 Russia’s announced pause in airstrikes in Syria so that humanitarian aid can reach Aleppo is not long enough to help desperate residents or make a significant difference in the conflict, the United Kingdom’s ambassador to the United Nations, Matthew Rycroft, told reporters Wednesday.

UNITED NATIONS (Sputnik) — Also Wednesday, Russia announced that the humanitarian pause will be extended to 11 hours on Thursday, October 20, from 8 a.m. to 7 p.m. local time (05:00 to 16:00 GMT). Lt. Gen. Sergei Rudskoy, chief of the Russian General Staff's Main Operational Directorate, said at a briefing that the three-hour extension was in response to requests from international organizations.

“Along with lots of others, we [the United Kingdom] judged that the press statement welcoming the eight-hour pause was not going to increase the chances of a genuine meaningful end to the bombing of Aleppo,” Rycroft said prior to a Security Council meeting at UN headquarters in New York.

© REUTERS / Abdalrhman Ismail
Russia Rules Out Unilateral Extension of Humanitarian Pause in Aleppo - Senior Official
Rycroft, who spoke to reporters before Rudskoy’s extension announcement in Moscow, said an eight-hour pause would be better than nothing but emphasized that the United Nations has called for a bombing halt of at least 48 hours to ensure aid convoys can pass safely into Aleppo.

Last week, the United Kingdom voted against Russia’s draft statement in the Security Council calling for efforts to distinguish moderate opponents of the government of President Bashar Assad from terrorists. Russia urged the distinction in light of plans for its air force and that of Syria to halt strikes near Aleppo.