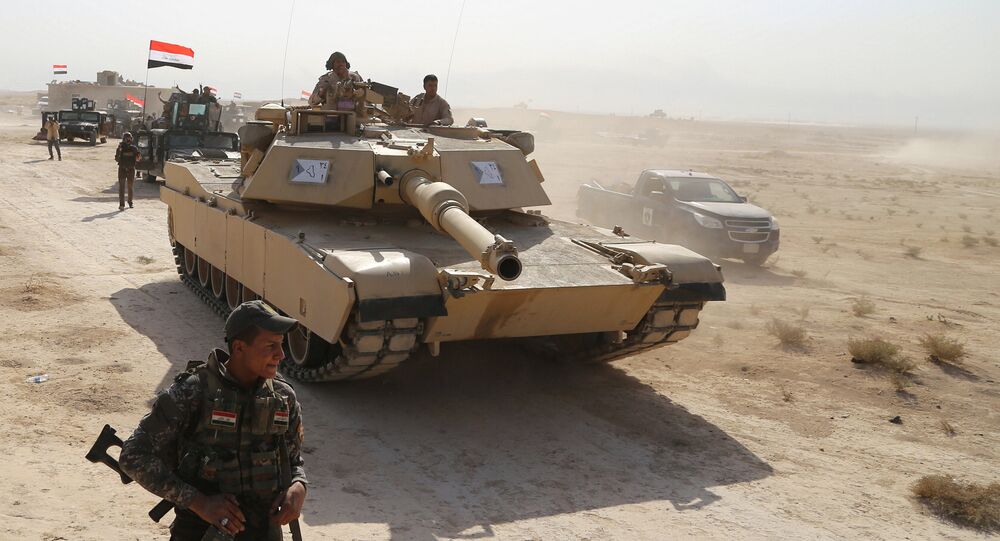 Russia conducts round-the-clock monitoring of the situation surrounding the Iraqi city of Mosul and the course of the operation to block Daesh terrorists in the city, the chief of Russia's General Staff said Wednesday.

MOSCOW (Sputnik) — The Russian military is mostly focused on possible attempts by Daesh militants to escape the Iraqi city of Mosul and head toward Syria, General Valery Gerasimov said.

"Our main focus is on the militants' possible attempts to escape from Mosul or by agreement freely leave the city in the direction of Syria," Gerasimov said.

He also said that Moscow hopes the US-led coalition understands the impact of Daesh militants' escape from Mosul. "One must not chase the terrorists from one country to another but destroy them on the spot."

"We monitor the situation round the clock in the Mosul area and the course of the operation to block Daesh militants in the city. Space reconnaissance devices have been redirected there, more than 10 of our aerial reconnaissance equipment are also working in close proximity to the area, including unmanned vehicles."

Daesh Can Hide in Mosul, Rule Through Surrogates Until US Moves Elsewhere
General Valery Gerasimov stressed that, despite Western media hype, the campaign to retake Mosul from the terrorist group has not yet formally begun.

On Monday, Iraqi Prime Minister Haider Abadi announced the start of the military operation to retake Mosul from Daesh militants. According to local media, about 30,000 Iraqi soldiers and 4,000 Kurdish Peshmerga fighters are taking part in the operation, backed by airstrikes carried out by the US-led international coalition.

Daesh Can Hide in Mosul, Rule Through Surrogates Until US Moves Elsewhere