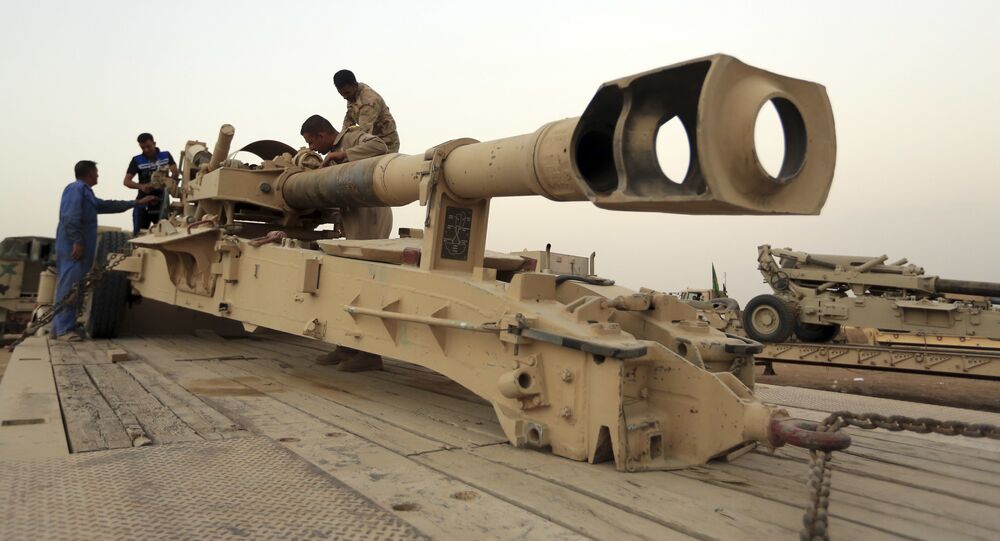 Iraqi troops regained control of the ancient city of Nimrud in the north of the country as part of the operation to liberate Mosul from the Daesh terrorists, local media reported on Tuesday.

© AFP 2021 / AHMAD AL-RUBAYE
Over 500,000 Children, Families to Face Extreme Risks Amid Mosul Offensive
MOSCOW (Sputnik) — According to Rudaw news agency, the army continues its offensive operation pushing the militants back to Mosul.

On Monday, Iraqi Prime Minister Haider Abadi announced the start of the military operation to retake Iraq's second largest city of Mosul from the Daesh terrorists. According to local media, about 30,000 Iraqi soldiers and 4,000 Kurdish Peshmerga fighters are taking part in the operation, backed by air strikes carried out by the US-led international coalition.

Nimrud, located some 20 miles from Mosul, was founded over 30 centuries ago. According to media reports, Daesh terrorist group outlawed in Russia, started mass destruction of the city back in 2015, while Mosul and the nearby areas have been under Daesh control since 2014. The city has been damaged during the US-led invasion in Iraq in 2003, but the Daesh reportedly destroyed the major sites to the core.