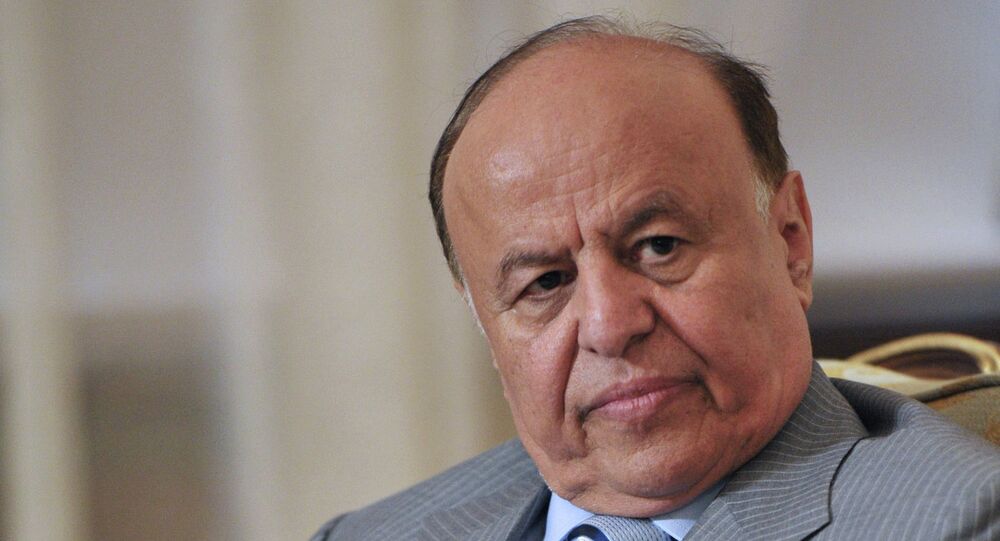 © AP Photo / AP
'Houthi Missiles' or Radar Glitch? What Sparked US Warship Attack on Yemen?
MOSCOW (Sputnik) – According to the foreign minister of Yemen, Hadi also considered the possibility to extend the ceasefire,  the Asharq Al-Awsat newspaper posted on its Twitter account.

On October 16, the Saudi Arabian, UAE, UK and US foreign ministers called on parties to the Yemen conflict to end violence tackle the humanitarian situation in the country in a joint statement.

The situation in Yemen remains extremely unstable since the start of a military conflict between the government headed by Yemeni President Abd Rabbuh Mansur Hadi and Houthi rebels, which are the country’s main opposition force, in 2014.

In April, the warring sides announced a nationwide ceasefire, however it failed to hold. Besides, the plans of UN special envoy for Yemen to bring all actors to the negotiating table after this process was halted in Kuwait in August have collapsed.

Yemeni Houthis Deny Involvement in Missile Attacks on US Warships