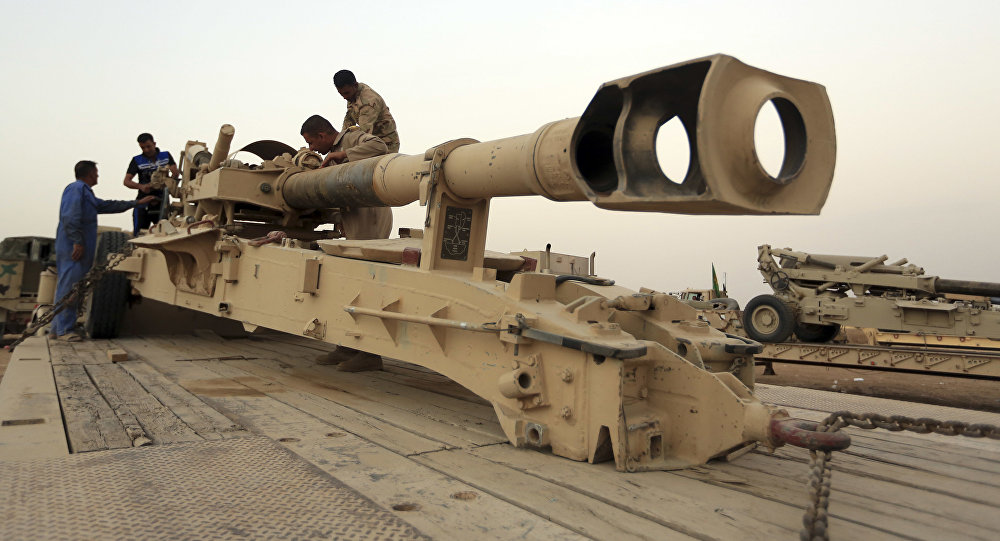 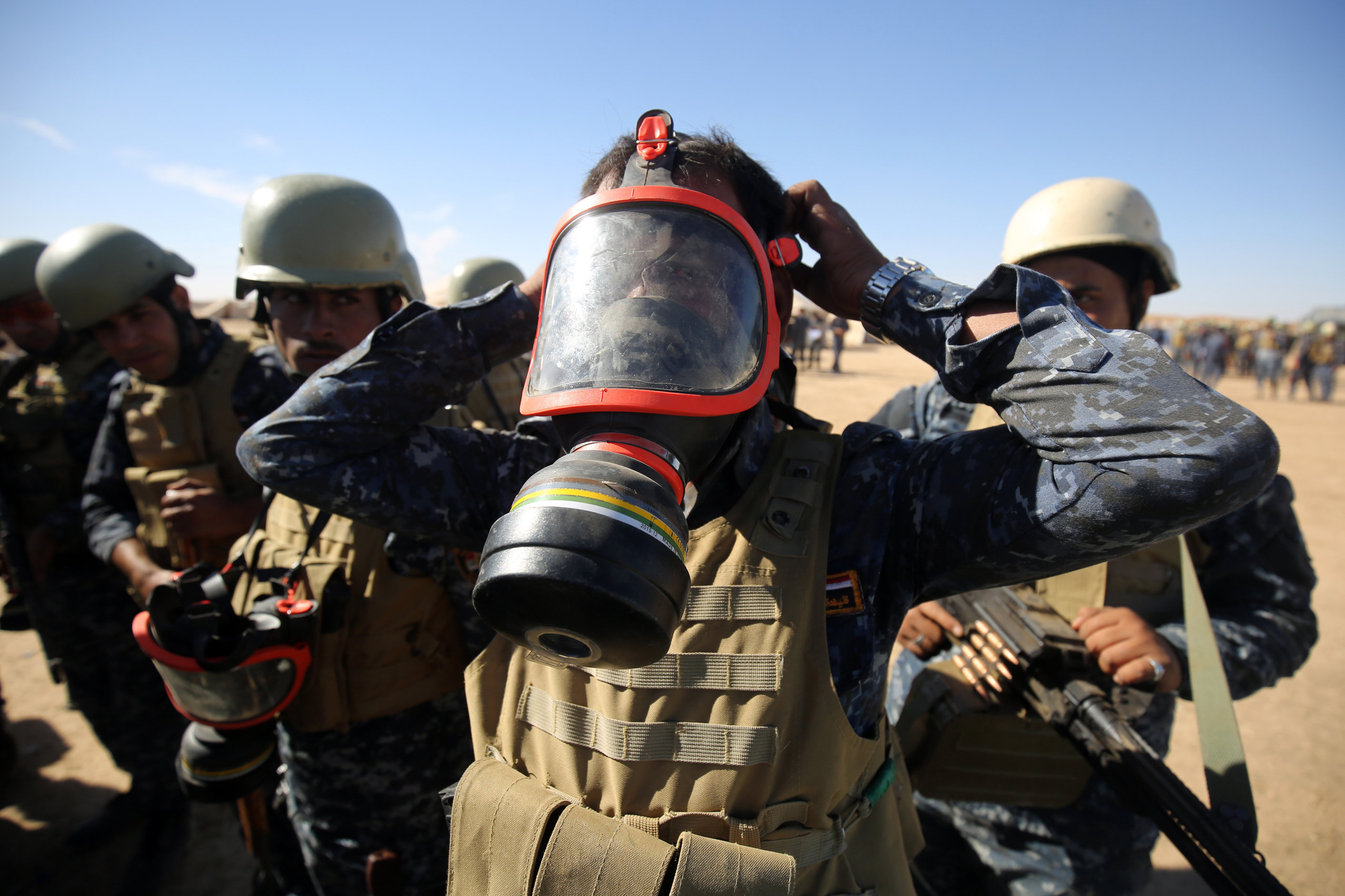 © AFP 2019 / AHMAD AL-RUBAYE
An Iraqi policeman tries on a gasmask at the Qayyarah military base, about 60 kilometres (35 miles) south of Mosul, on October 16, 2016, as they prepare for an offensive to retake Mosul

"The top priority of the operation in the Hazır region is to liberate the neighboring Kurdish settlements from Daesh militants. Then there will be an assault on Mosul," he said.

"Peshmerga fighters won't participate in the fighting in the center of Mosul," he added.

© REUTERS / Azad Lashkari
Peshmerga General Tells Sputnik His Men Are Only 11 Kilometers From Mosul
Hüseyin Yezdanpana also said that the offensive is so far proceeding with success. Daesh is experiencing heavy losses.

"The jets of the US-led coalition are conducting massive airstrikes on the positions of the jihadists in Hazır, Bashiqa and south of Mosul," he said.

The commander added that the scale of the Mosul offensive will be expanded in the nearest future and new frontlines will be opened.

The General Command of Peshmerga has announced that the Kurdish Peshmerga forces and the Iraqi army launched an offensive on the Daesh terrorist-occupied northern Iraqi city of Mosul on Monday at about 03:00 GMT.

On Sunday, Iraqi Prime Minister Haider Abadi announced the start of the military operation to retake Mosul from the Islamic State militants. According to local media, about 30,000 Iraqi soldiers are taking part in the operation.

© AFP 2019 / AHMAD AL-RUBAYE
Iraqi forces deploy in the area of al-Shourah, some 45 kms south of Mosul, as they advance towards the city to retake it from the Islamic State (IS) group jihadists, on October 17, 2016
...
Reddit
Google+
Blogger
Pinterest
StumbleUpon
Telegram
WhatsApp
1910
Topic:
Military Operation to Retake Mosul From Daesh (225)