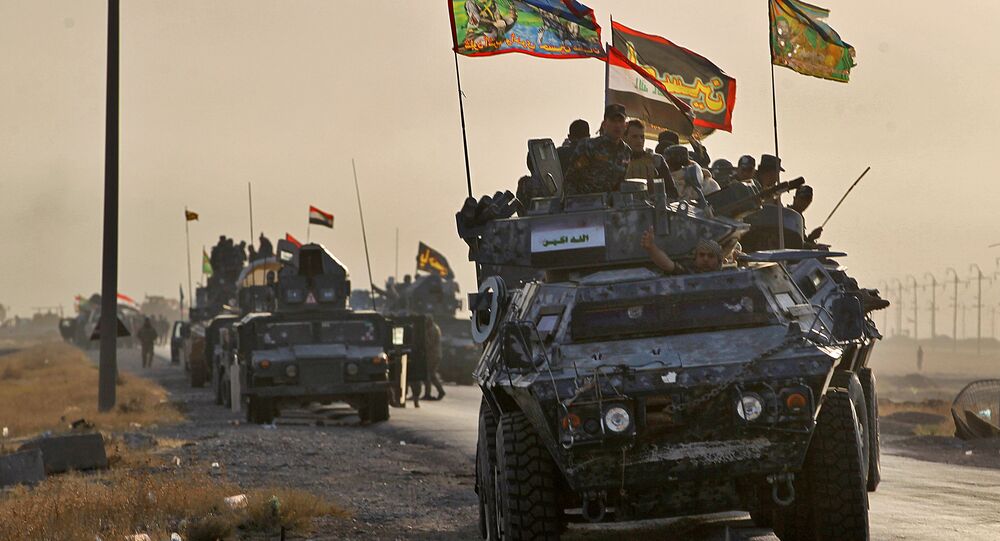 US Central Command said that coalition of 19 nations, headed by the United States, is aiding the Iraqi Security Forces in the operation to liberate the Daesh stronghold of Mosul.

© AP Photo / SAFIN HAMED
Clashes Between Iraqi Militia, Daesh Fighters Take Place in Mosul
WASHINGTON (Sputnik) – The coalition of 19 nations, headed by the United States, is aiding the Iraqi Security Forces in the operation to liberate the Islamic State stronghold of Mosul, the US Central Command said in a release on Monday.

"The 101st Airborne Division (Air Assault) is leading a coalition of 19 nations to support the liberation of Mosul from Daesh," the release stated.

The US-led coalition is supporting the Iraqi Security Forces with air support, artillery, intelligence, advisors and forward air controllers, according to the Central Command.

The Daesh jihadist group, outlawed in Russia, seized Iraq’s second biggest city in 2014 along with a number of other northern and western Iraqi cities and towns.

Over 80,000 Troops Involved in Liberation of Iraqi Mosul From Daesh