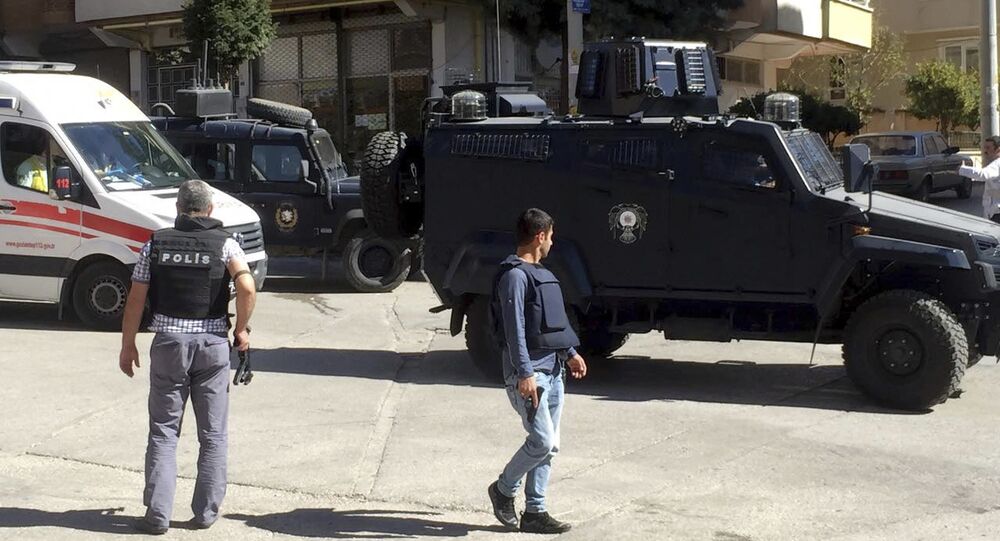 19 Daesh militants were arrested in police raid in Turkish city of Gaziantep, according to local governor.

Two suicide bombers blow themselves up during a police raid in the city.

© REUTERS / Umit Bektas
Double Suicide Attack Hits Turkey's Gaziantep, Killing at Least 3, Wounding 8
The first suicide attack took place when police officers blocked a group of terrorists in a flat. The second suicide bomber took his own life on a construction site where he was blocked by police, killing no one.

In September, the US Embassy in Ankara warned about potential terrorist attacks in Gaziantep, targeting the businesses popular with Westerners. In August, the city of Gaziantep already became a target of a terrorist attack, which claimed the lives of 51 people.