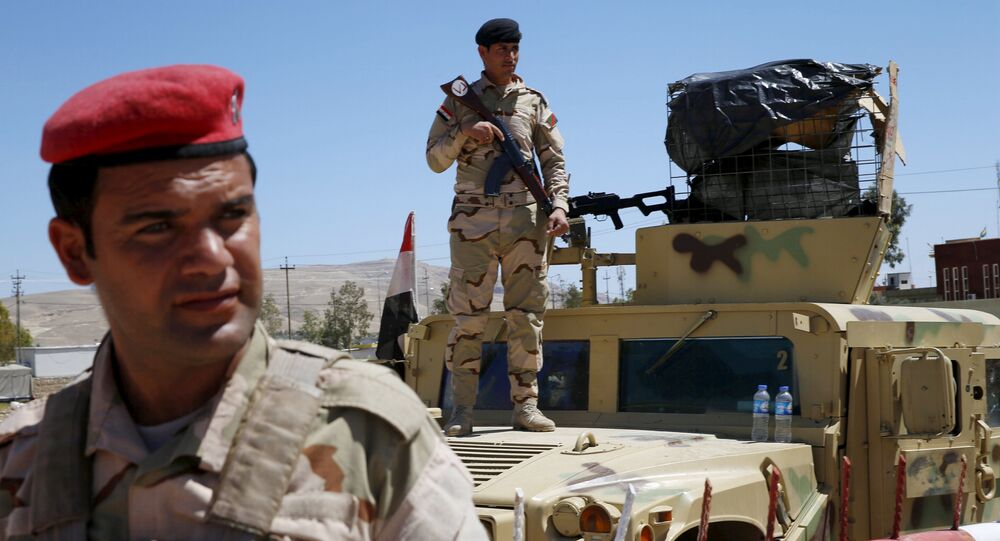 Iraqi air forces dropped early Sunday thousands leaflets over the northern Iraqi city of Mosul warning civilians of the forthcoming offensive aimed at liberation the city from the Daesh terrorists, according to media reports.

MOSCOW (Sputnik) – The four-page leaflets called on civilians not to fall into panic. People are recommended to stay away from certain places in the city, avoid Daesh positions and remain in homes with closed windows and doors.

“It's victory time… Time to celebrate a clean Iraq without 'Daesh' or any dark belief… We are preparing to take action to free Mosul and regain security and stability in the region,” the leaflets said, CNN reported.

On late Saturday, the Anadolu news agency reported that US howitzers deployed about 13 miles from the Mosul’s city center opened fire against the Daesh positions while the US-led coalition carried out a number of airstrikes. Iraqi sources told Sputnik that it was a preparation for a full-scale offensive on Mosul that may begin on Sunday.

Attack on Mosul: Why It Matters So Much to Turkey

Ahead of Fight for Mosul, Pentagon Pushes for Drone-Defense Tech