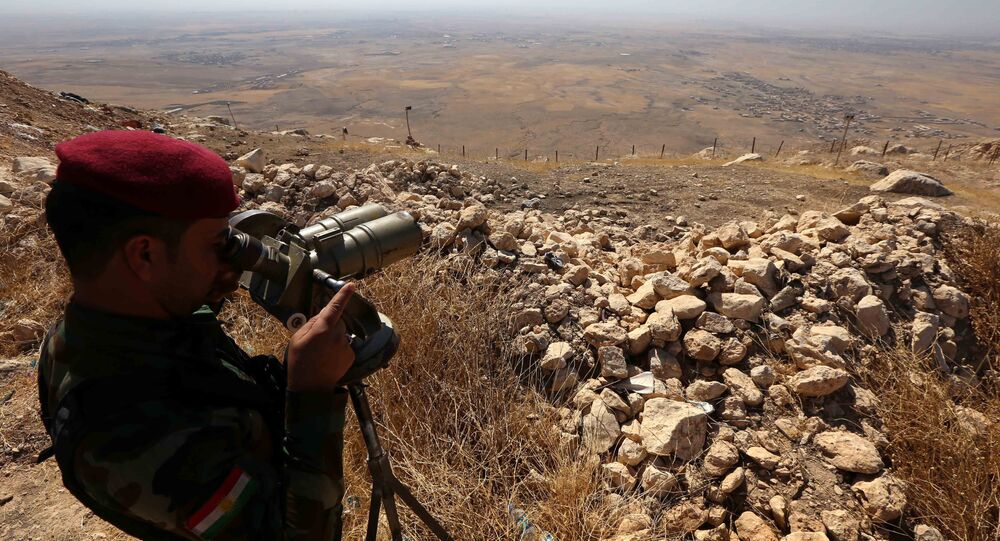 During the planned operation to liberate the Iraqi city of Mosul from Daesh a corridor will be left for terrorists to escape to Syria, a Kurdish representative said.

© AP Photo / STR
Daesh Rigs Mosul With Bombs Ahead of US-Backed Iraqi Offensive
Said Mamuzini, a representative of the Kurdistan Democratic Party (KDP), one of the main Kurdish parties in Iraqi Kurdistan, commented to Sputnik Turkey on the operation in Mosul which is expected to begin in the coming days.

According to him, the Iraqi Army and Kurdish Peshmerga forces are completing preparations for the offensive, including deployment of heavy weapons to Mosul’s borders.

The Kurdish forces have received military assistance from the West for the operation. In particular, Germany provided them with Milan anti-tank missile systems. France and the United States are supplying heavy weapons to Kurds. French aircraft will be involved in the operation, Mamuzini said.

© AFP 2021 / MARWAN IBRAHIM
Turkey to Participate in Liberation of Iraq's Mosul From Daesh - Erdogan
According to him, the offensive will be divided into three stages. The first stage will include the liberation of villages outside the city. Then, the army and the Kurdish forces will enter Mosul and clear the outskirts of jihadists. Finally, the city will be completely liberated.

"Nevertheless, during the operation a corridor will be left for terrorists to escape to Syria. Those retreating this way will not be captured. Currently, there are some 7,000 Daesh militants. But the operation is not expected to be long because the terrorists are not as strong as before," he said.

Moreover, the operation could cause mass displacement of Mosul residents. Currently, the population of the city is 1.3 million. It is expected that up to one million people might leave Mosul.

Iraqi Kurdistan and the Iraqi government are now making preparations for the possible influx of refugees. The authorities of Iraqi Kurdistan are now building five refugees camps.