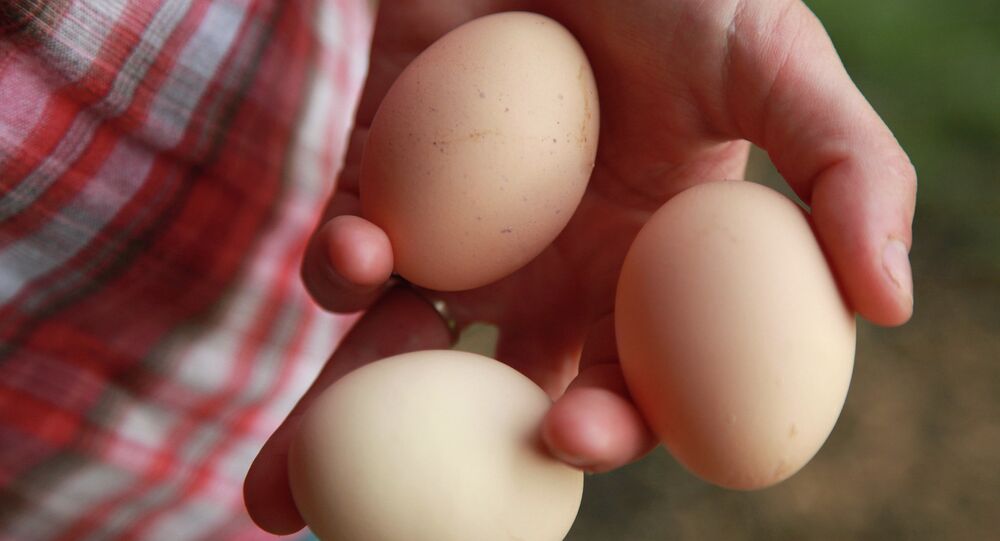 Even as demands for boycott of Chinese products grow during the festive season, locals of the southern Indian State of Kerala are finding very unusual goods in their kitchen.

New Delhi (Sputnik) — People from southern parts of India alleged that some supermarkets are selling eggs which are "artificial" and made of plastic. Unlike normal eggs, these artificial eggs do not rot even after cooking or when left in open after cracking them. People claimed that such artificial eggs are from China.

After protests, the Kerala government ordered a probe to find out the truth behind the alleged artificial eggs. K.K. Shylaja, Kerala Health Minister, said, "I will ask the Food Safety Commissioner to seriously look into these media reports that such a product is available. It would be nice if someone comes up and provides a sample of it so the tests can be conducted quickly."

Since last fortnight, people registered their protest in front of supermarkets. Consumers forced shopkeepers to crack eggs in front of them.

India Preparing Grounds to Source Minerals From Frontier With China