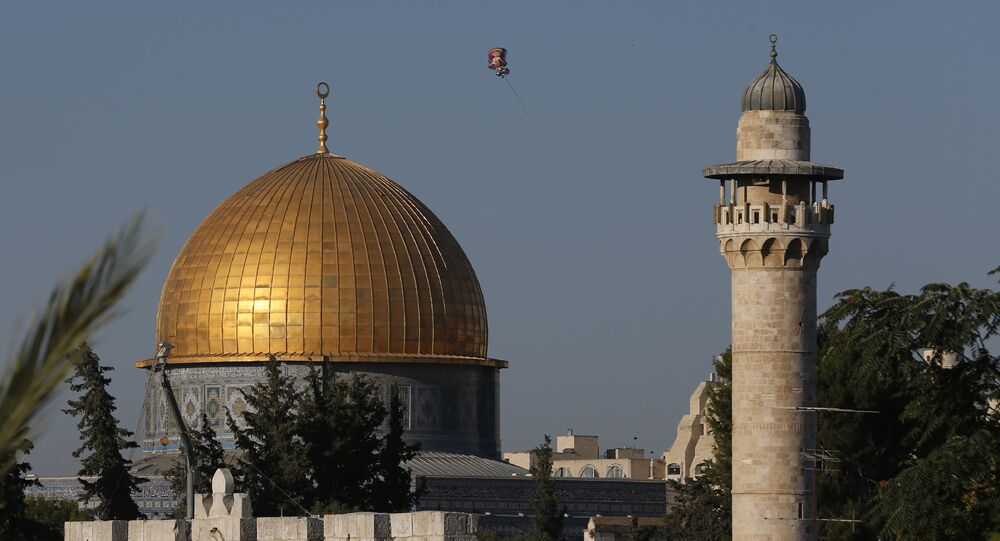 The United Nations Educational, Scientific and Cultural Organization (UNESCO) passed a resolution on Thursday that denies any Jewish historic link to the Temple Mount and surrounding holy sites in Jerusalem, Israeli media reported.

© Sputnik / Grigoriy Sisoev
Lavrov Meets UNESCO Head to Discuss UN Secretary-General Selection Procedure
MOSCOW (Sputnik) — The resolution, which was put forward by Palestine along with Lebanon, Egypt, Algeria, Morocco, Oman, Qatar and Sudan, was approved by 24 members of the 58-member organization. Twenty-six countries abstained from voting while only six countries voted against it, two other countries were missing from the vote, according to the Haaretz newspaper.

The United States, Britain, Germany, Holland, Lithuania and Estonia voted against the resolution, while none of the European states supported the motion following diplomatic efforts by Israeli diplomats.

The draft resolution acknowledges Jerusalem to be a holy city for Muslims, Christians and Jewish people, but says  the Temple Mount is sacred only to Muslims.

In April, UNESCO's executive board released and then adopted a similar resolution, calling Israel "the Occupying Power" and urging it to "stop all violations against Al-Aqsa Mosque, which is one of the holy sites of the Temple Mount complex. A total of 33 countries voted for the resolution.

UNESCO in Crisis After US Stopped Funding - Outgoing Representative of Russia