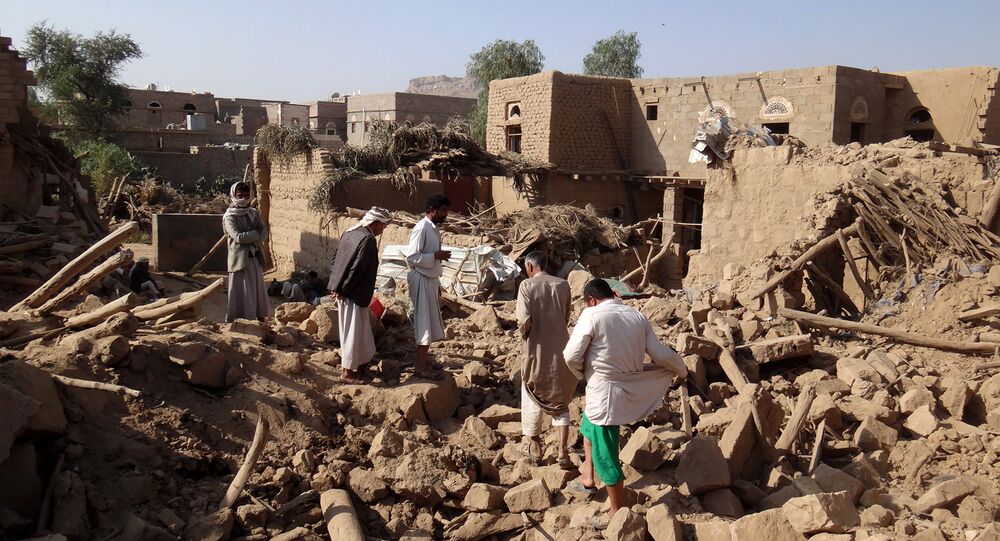 © REUTERS / Mohamed al-Sayaghi
What is Really Happening in Yemen?
MOSCOW (Sputnik) — Russia has enough weight to resolve Yemen's civil war via internal dialogue instead of aggression from the outside, Saleh, who is currently allied to the Ansar Allah movement, also known as the Houthi rebels, said during a meeting with Russia's Charge d'Affaires in Yemen Andrey Chernovol.

"I call on Russia as a superpower and a major player in the world, through all its vast network of relationships and influence that Russia possesses in the world, to cooperate with all peace seeking nations to issue a definitive and binding resolution in the UNSC to stop the aggression and lift the sanctions imposed on the Yemeni people by sea, air and land," Saleh said, as quoted by the Yemeni General People's Congress party Motamar.net website.

Yemen has been engulfed in a military conflict between the government headed by Yemeni President Abd Rabbuh Mansur Hadi and Houthi rebels since 2014. The Houthis are backed by army units loyal to Saleh. The last attempt at peace talks, which took place in Kuwait in August, failed.

Since March 2015, the Saudi-led coalition of mostly Persian Gulf countries has been carrying out airstrikes against the opposition Houthis at the request of Hadi. In August, the United Nations said that more than 10,000 civilians have been killed in Yemen since March 2015.