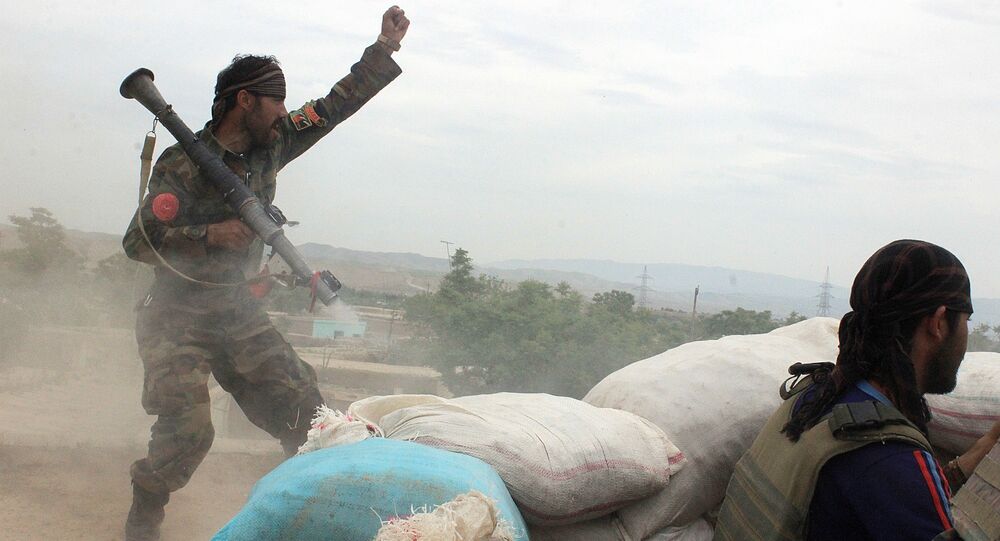 “We know that our enemies have come from the outside, from the Horn of Africa to the Arab countries to Southeast Asia, carrying out terrorist attacks across Afghanistan. You can find their names and photographs in the media,” Mohammad Radmanish noted.

“That said, the Afghan army is not the only one responsible for the country’s territorial integrity,” Mohammad Radmanish added.

He mentioned 29 antiterrorist operations currently being carried out in 19 provinces in the north, west, south and east by the Afghan Armed Forces which have already managed to degrade the enemy and seriously undermine its ability to fight on.

© AP Photo / Rahmat Gul
War Story: Afghanistan, 15 years on... "To Infinity and Beyond!"
“We do have problems in four or five provinces, but even there we have managed to contain and defeat the advancing enemy. This is not enough though. There is a lot of fighting still going on in Kunduz, Baglan, Uruzgan, Helmand and Farah provinces,” Mohammad Radmanish added.

He said that the government forces had already driven the enemy out of a number of villages located 30 and 12 kilometers from the center of Kunduz City and destroyed terrorist bases also in Herat and Farah provinces.

“In Helmand City we destroyed a local prison and freed the inmates and our antiterrorist operation in Gazni Province is proceeding well. Still, the war is not yet over. Our fight could have been much more successful if only our neighbors had lent us a hand. They have special antiterrorism agencies and working together would make our work much easier.”

When asked why the war in Kunduz still rages on, he said that the terrorists use the locals’ houses as their bases.

“They take house after house and use their hostages as human shields. Moving from house to house they plant mines that kill civilians and soldiers alike. That’s why we have to protect the local population while keeping an eye on booby traps to minimize our losses. But, no matter what, we’d rather die than let the militants take the city,” Mohammad Radmanish said.

War Story: Afghanistan, 15 years on... "To Infinity and Beyond!"