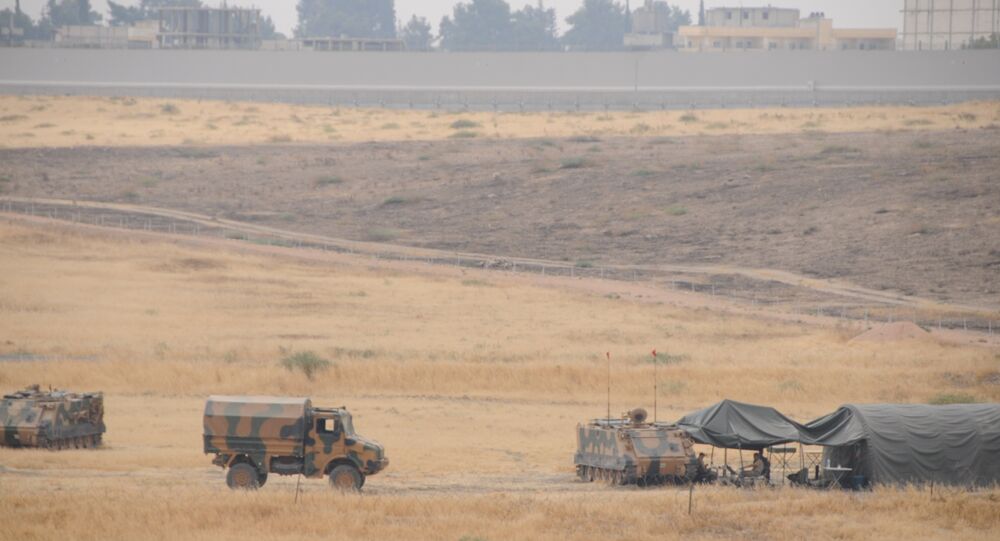 The Turkish Armed Forces, the Free Syrian Army and the US-led coalition eliminated almost 50 Daesh terrorists over the past day in Syria, the Turkish General Staff said.

"Our armed forces destroyed 77 Daesh targets with Firtina [Storm] howitzers, multiple rocket launchers, tanks and mortars and killed 19 militants. A total of 22 FSA fighters were killed and eight injured during the fighting. The coalition's air forces killed 28 militants and destroyed 3 buildings under their control and a vehicle during nine aerial operations," Turkey’s General Staff said in a statement, obtained by RIA Novosti.

© Sputnik / Hikmet Durgun
'Blatant Violation of Sovereignty': Damascus Condemns Turkish 'Aggression' in Syria
It was added in the statement that FSA fighters had been unable to come closer to the al-Rai and Azaz towns due to a strong resistance of Daesh militants.

The Euphrates Shield operation was launched by Turkey on August 24. Its aim is to eliminate the threat posed by Daesh terrorists, outlawed in Russia and many other countries worldwide, in the Syrian border town of Jarablus and the surrounding area.