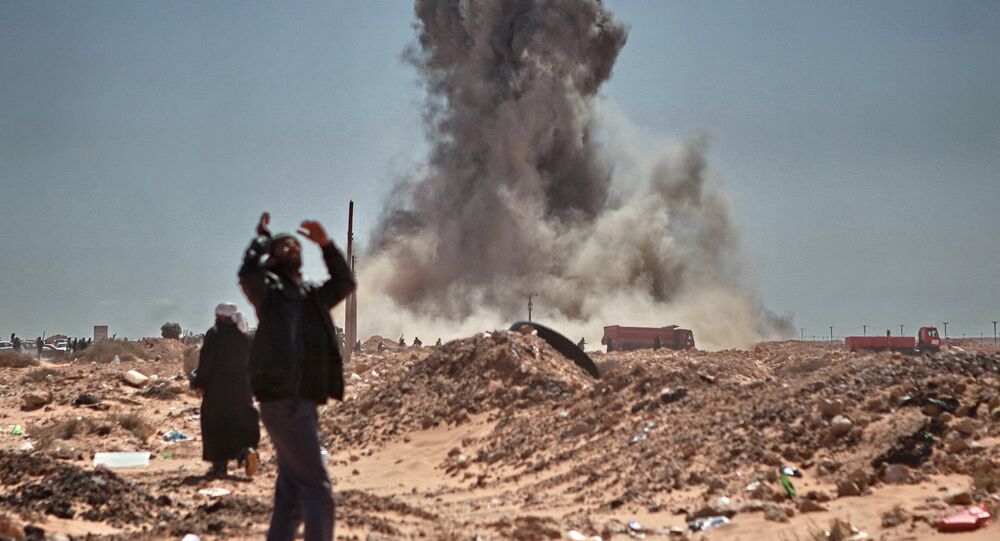 While there have been calls in recent times for greater EU defense cooperation, concerns are growing over a divide in the union in regards to its policy in Libya, with France accused of undermining international efforts and offering support to both rival governments in the country.

The EU has been central to the international campaign aimed at ending Libya's five-year long conflict and political crisis, giving support to the UN-backed unity government, also known as the Government of National Accord (GNA).

While the Tripoli-based GNA was set up this year under the leadership of Fayez al-Sarraj to try and unify the country politically, parliamentarians in Libya's rival Tobruk-based legislature rejected its legitimacy, recently voting in a motion against the recognition of the GNA.

Officially the EU supports the GNA, however France has been accused of undermining Brussels' approach and offering support to Khalifa Ḥaftar, the leader of the Tobruk-based government, which had long been Libya's internationally recognized parliament.

"We are concerned about French ambiguity but Paris is a strategic partner in Libya," Nicola Latorre, chairman of the Italian senate's defense committee, told POLITICO.

​The comments come amid speculation that France has been playing a double game by offering political support to the GNA, but also military encouragement to the Tobruk-based government.

French officials have dismissed the criticism, saying the government's actions are in Libya are in line with the actions of other European partners, adding that it is pushing for stability in the country that has been devastated by five years of civil war.

​Paris moved further to dispel rumors that it is backing both sides in Libya, with GNA chief Sarraj invited for talks in September with French President Francois Hollande, who said the Tripoli-based unity government had Paris' "full backing".

Despite these public shows of support, some commentators have suggested that France's actions have exposed a divide in European policy on Libya.

​Libya is currently split between the GNA in Tripoli and the Tobruk-based parliament, who have both been fighting parallel campaigns against Daesh and other jihadist groups.

Tensions in the country have been on edge since Tobruk forces captured several oil ports from the GNA-aligned groups last month, amid fears violence could spill over in the country.