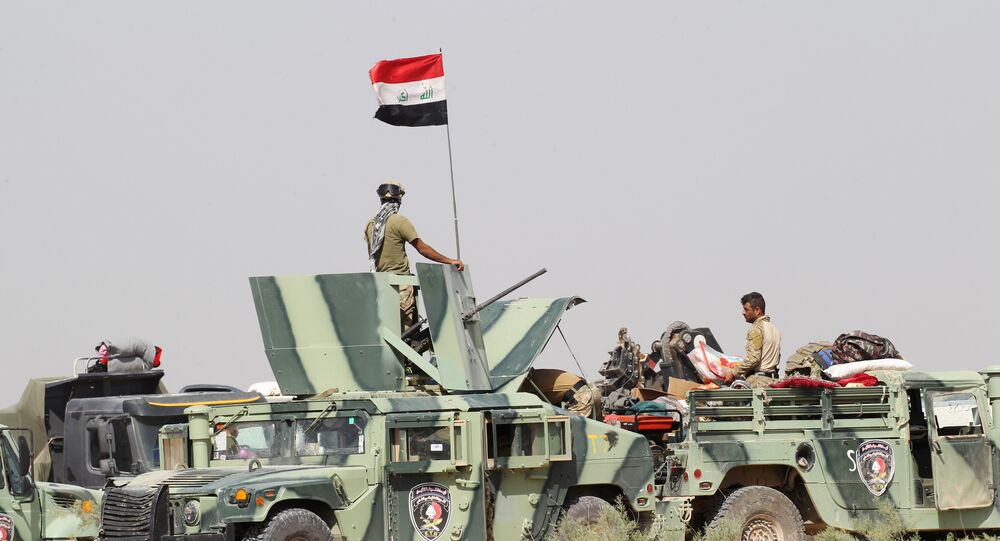 The Iraqi security forces backed by paramilitary groups launched an effort on Monday to squeeze Daesh out of the land strip along the border between the Salahudin and Diyala governorates, according to Iraqi commanders.

According to Jubouri, dozens of Daesh fighters have entrenched themselves in the area, appearing to be a threat to locals in nearby settlements.

In the course of the offensive, Iraqi military personnel and members of state-backed Hashd Shaabi units (People's Mobilization) attacked Mteibijah area from three directions. The soldiers with a fire cover by choppers and jets crushed a number of Daesh positions, recapturing the village Mteibijah, he added.

A separate air attack on Daesh procession in Mteibijah resulted in six casualties among terrorists and five vehicles, including one fitted with a machine gun, destroyed, the commander noted.

The Iraqi state forces have managed to regain control of the Salahudin province that lies north of the country’s capital Baghdad after roughly two years of Daesh occupation.

War Story: Afghanistan, 15 years on... "To Infinity and Beyond!"