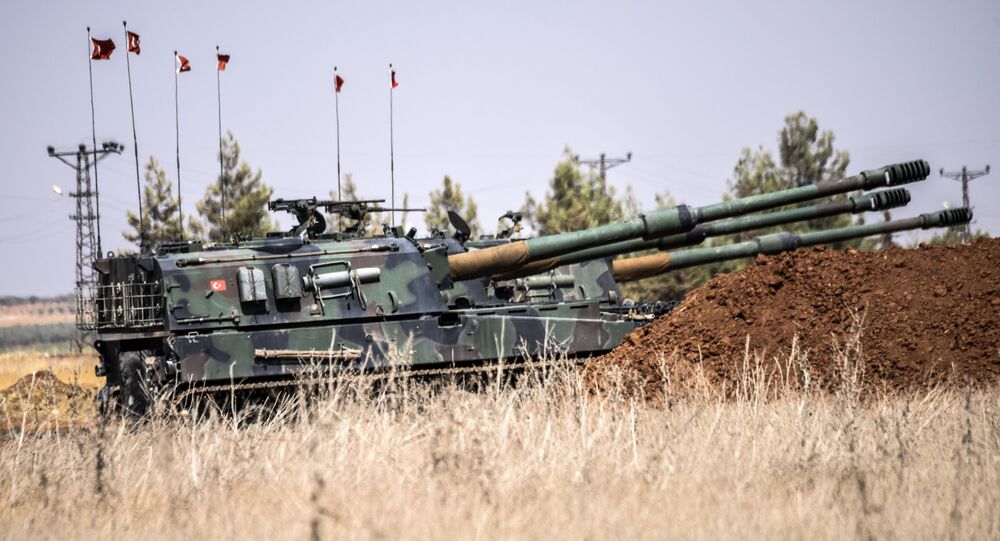 The Turkish armed forces destroyed 84 Daesh targets in northern Syria, according to the statement of the Turkish General Staff.

"Our armed forces fired 412 shots from Firtina howitzers, 103 shots from a multiple rocket launcher, 87 from tanks, 84 IS targets were destroyed. The Free Syrian army (FSA) with the support of the Turkish armed forces secured control over five settlements between the districts of Azaz and al-Rai. In some areas fierce fighting continues," Turkey’s General Staff said in a statement.

© REUTERS / Khalil Ashawi
Turkish Army Destroys 82 Daesh Targets in Northern Syria
It was added in the statement that three FSA fighters had been killed and 14 injured during the hostilities.

The Turkish-backed FSA fighters have established control over 124 residential areas in the north of Syria since the beginning of the Euphrates Shield operation by the Turkish army, while the total area of the territories cleaned from the terrorists is 1,050 square kilometers (405 square miles).

The Euphrates Shield operation was launched by Turkey on August 24. Its aim is eliminate the threat posed by Daesh terrorists, outlawed in Russia and many other countries worldwide, in the Syrian border town of Jarabulus and the surrounding area.